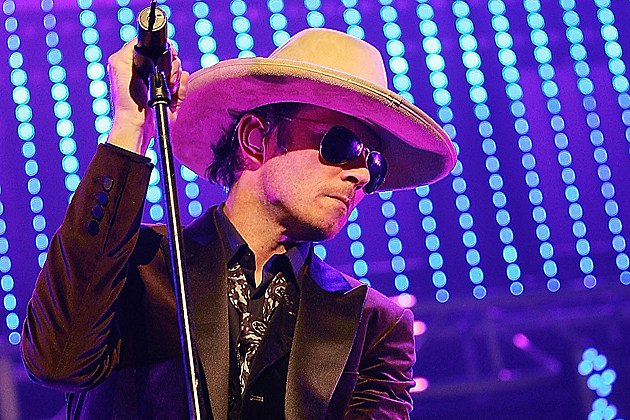 A onetime Scott Weiland project called the Wondergirls may have some unreleased music featuring the vocalist en route. The group, formed in 1999, was an all-star collective, with Weiland leading or sharing vocals.

According to Alternative Nation, Ashley Hamilton revealed in an interview that legal turmoil kept the group from realizing their potential. “We started our record… the problem was that we were on so many labels, and [the labels] were fighting over money. We’re more than halfway done with the album, and one day we come in and Josh Abraham says there’s a problem… we should be finished in a couple of days, we’ll be back… that was the last of the project,” says Hamilton. “People disappeared and went back to their own gigs, I didn’t have a gig. The thing was done.”

During their short-lived tenure, the band managed to record a pair of tracks that surfaced despite the legal issues — one called “Let’s Go All the Way” and the other titled “Drop That Baby.” The group did create a video for the song “Drop That Baby” that was directed by Mark Racco and can be seen below.

In the comments section of the YouTube clip for “Drop That Baby,” Racco reveals that he’s “currently in pre-production” for the upcoming Wondergirls’ “Massive Heart Attack” video, which the band plans to issue as a farewell tribute to Weiland. The money raised from the release will benefit the MusiCares organization and the trust established for Weiland’s children. A snippet of the song can currently be heard here. While we wait to hear the song in full, check out the rare video for The Wondergirls, “Drop That Baby” below.

The Wondergirls, “Drop That Baby”