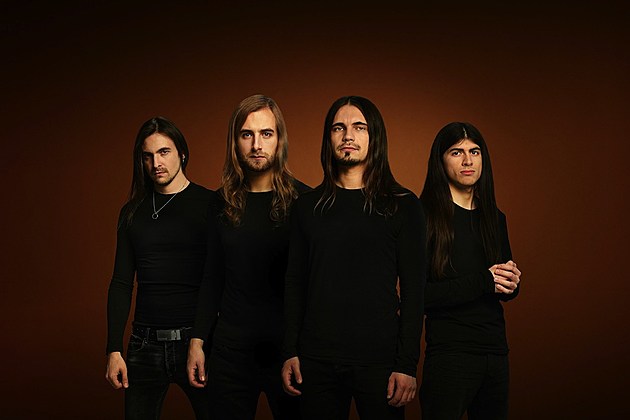 We’ve got a brilliant song premiere from German technical death metal masters Obscura. The band has partnered with us for the exclusive stream of “Sermon of the Seven Suns,” the opening track from Obscura’s fourth full-length album, Akróasis.

Akróasis is the highly anticipated follow-up to 2011’s Omnivium, which brought an increased compositional tact to Obscura’s already ultra-technical approach. Obscura promise Akróasis to be the heaviest, most complex record in the band’s history, using odd time signatures “never heard before in metal.” The album’s title track has already been released, and it absolutely rips.

If you dig the Akróasis title track, “Sermon of the Seven Suns” will surely melt your face. “’Sermon of the Seven Suns,’ the opening track of our fourth album Akróasis, perfectly blends all sides of Obscura, past and present,” says Obscura frontman Steffen Kummerer. “Signature riffing, shredtastic seven strings and trade off solos combined with the unique use of multi-tuplet odd time rhythms, multilayered patterns on all instruments and the high end production we have been looking for years. Using analog equipment and our live setups only, Akróasis turned into the most organic record up to date. The drums sound crystal clear, each bass and guitar notes are audible with the vocals framing each arrangement within a bright mix and wide range of dynamics.”

Take an exclusive listen to Obscura’s “Sermon of the Seven Suns” in the player below. Obscura’s Akróasis is set to arrive Feb. 5 through Relapse Records. To pre-order a copy of the album, click here.