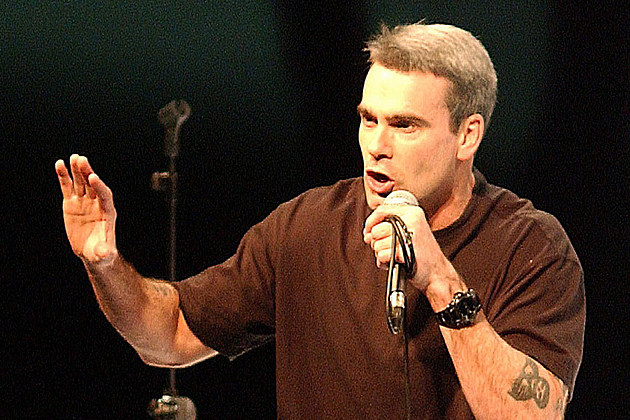 Henry Rollins has accomplished a lot in his career, releasing legendary albums with seminal hardcore punk outfit Black Flag, pursuing the art form of spoken word, penning several books, starring in movies and he now has joined the ranks of musicians who have had fossils named after them!

That’s right, Henry Rollins’ name will now echo in the pantheon of zoology, with his name appearing in the binomial nomenclature of a newly discovered breed of fireworms. The worm has been dubbed Rollinschaeta myoplena and is a marine relative of earthworms and leeches.

Bristol PhD student Luke Parry commented on the discovery to phys.org, stating, “Fossil muscle tissue is rare and usually not described in any detail by paleontologists, but our discovery highlights that soft tissues preserved in fossils can offer details approaching what we can observe in living organisms. When choosing a name for our muscly beast, we decided to honor Henry Rollins, the legendary, muscular frontman of LA punk band Black Flag.”

Expanding on this was the co-author of the study at Bristol’s School of Earth Sciences, Dr. Jakob Vinther, who remarked, “While carrying out the research, we informally referred to the creature as ‘the muscle worm’ due to its preservation in almost pure muscle. Part of the reason why it’s preserved so well by muscle is that it was, in real life, a very buff little worm.” Explaining how the worm developed such an impressive muscular build, he continued, “Fireworms are active during the daytime on coral reefs and other environments with strong currents which makes them much more muscular compared to most other bristle worms.”

Other metal and punk musicians have had fossils named after them, including Sex Pistols‘ Sid Vicious, King Diamond, Lemmy Kilmister of Motorhead and Bad Religion‘s Greg Graffin.