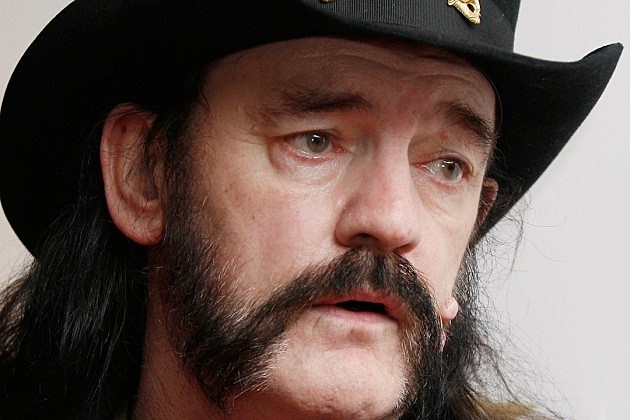 Lemmy Kilmister was a recent guest on Full Metal Jackie’s weekend radio show. The legendary Motorhead frontman talks about the band’s new album ‘Bad Magic,’ working in the studio, his vices, the band’s upcoming cruise + a lot more. Check out the interview below!

We’re excited to have you on the show again and excited for the 22nd studio album from Motorhead. That’s a lot of albums.

I know, yeah. I can’t believe it myself. And that’s not counting the live ones.

God no. I didn’t think we’d do a second one.

We’re very happy. It’s out now. Lemmy, you only get better with age and experience. As a musician, what do you do better now than ever before?

I’m better in the studio now. I used to hate being in the studio. Now I quite like it. I’ve learned a few tricks.

What kind of tricks?

Well, a little bit of reverb there and there on certain instruments. Phased a little bit, sometimes. I know a few clever bits. [Laughs]

Lem, how did you get involved in the Gutterdämmerung, the silent black and white movie?

Did you enjoy it?

My life is real simple these days. I mean, I don’t asked for complicated scenarios and guarantees. I just go and do s–t, they pay me and I go away.

I’ve got to imagine that a lot of people want to get you involved in stuff and you’re probably selective, you don’t do everything.

You can’t do everything. But you can do some choice bits and pieces.

Did you enjoy doing the movie?

Yeah, it’s a change, you know.

The new Victor Vran video game has a Motorhead theme. What do you consider before letting someone use the Motorhead likeness, or your music?

Well you can’t really stop them anyway. If they do it down the road, you can go and stop them. If they go to Hong Kong and do it, you’ve had it. It’s pointless. I don’t bother bootleggers, I don’t bother people’s stealing our name because nobody can play like us so we’re alright.

Norman Reedus, the actor said he listens to Motorhead to get into character for his role on The Walking Dead. Why do you think your music is good for that?

Well at least he’s still walking, isn’t he? It’s a bit easier when you’re dead. You know he must have had quite a bit of luck, medically.

I think it’s good to get into character for killing zombies.

Or killing anything really. You’d be surprised.

Has anyone ever caught you off guard saying that they were a fan or a celebrity that someone has said they use your music to get into some sort of mood before they go on stage?

Yeah Motley Crüe used to do that, so did Guns N’ Roses. But I think they say that to everybody. They say it backstage and then you see them, I’m sure it’s not true. I don’t know. There must be a few, I suppose

Lemmy, your celebrated vices are now done in moderation for better health. What truth is there in the old adage that absence makes the heart grow fonder?

I don’t know, I haven’t been absent yet. [Laughs] Liquor, bourbon and coke; I went back to vodka and orange juice. That did my numbers a bit of good, I’ve been a diabetic since 2000. I don’t drink quite as much as I used to because I don’t enjoy it as much. But still, all the old vices are still in place.

What can you tell us about what you’re looking forward to about this next Motorhead cruise?

Making Phil Campbell walk the plank. [Laughs] Something like that. Some pirate torture.

What a lineup, Slayer, Anthrax, Motorhead, such great bands coming out this year. Suicidal Tendencies, Hatebreed, Exodus, COC, Phil Campbell’s All Starr band. Crobot and more. So many great bands. It must be so cool to have such a great lineup come around for this second year of the Motorhead cruise.

Yeah well they only get five minutes each because there’s so many of them. It’s good. It’s fun.

The process of making Motorhead albums seems to be relatively consistent. What stands out most in your mind about making this latest record?

Getting stuck writing the slow one. I couldn’t do it. I couldn’t get it started in my head. Then you finally do, then it came to me in a vision. [Laughs]

So you had some trouble and then it just all came together?

No, it was just that one song that I couldn’t do. I couldn’t get a theme for it. I wrote four versions of it, but then I didn’t like any of them. So I wrote a fifth and that’s what you got.

Do you ever find that leaving something alone and coming back to it later helps you when it comes to writing?

Oh yeah, we do that a lot. If something ain’t working we don’t waste our time pestering at it. We quit and do something else. Then return.

Lemmy, what’s to come beyond the Motorboat cruise?

Yeah, we go to Europe after that. Germany, Britain, all them places. We’re quite busy this year, I don’t know why.

Are you going to get a break at some point?

Many thanks to Lemmy Kilmister for the interview. Check out all Motorhead’s tour dates here. Full Metal Jackie’s weekend show can be heard on radio stations around the country — for a full list of stations, go to fullmetaljackieradio.com.