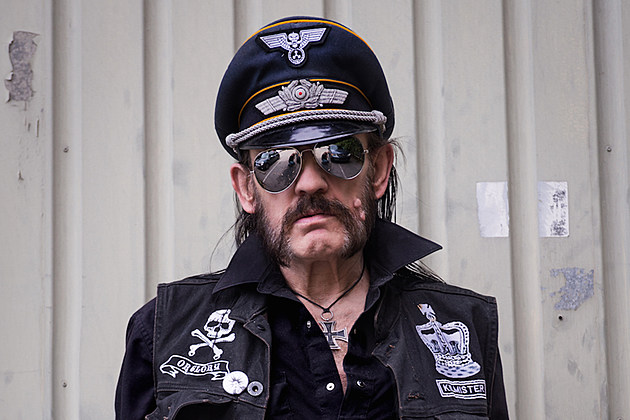 Though it was initially stated that Motorhead frontman Lemmy Kilmister was suffering from terminal brain and neck cancer at the time of his death, TMZ reports that the death certificate reveals that the official cause of death was prostate cancer along with cardiac arrhythmia and congestive heart failure. You can see the official death certificate here.

The iconic rocker had battled serious health issues in recent years, struggling with diabetes, dealing with a hematoma and also being fitted with a defibrillator in his chest. Just this past fall, Lemmy had a lung infection that led the band to cancel a handful of tour dates.

Kilmister learned of his terminal diagnosis on Dec. 26, two days before he passed away. After his death, many a tribute came in from rockers from all walks of life. A memorial service was staged in Los Angeles, while the Sunset Strip was closed down to accommodate the crowd visiting Lemmy’s favorite haunt, the Rainbow Bar & Grill, to pay their final respects.

Shortly after his passing, drummer Mikkey Dee confirmed what many suspected — that Motorhead would not continue after the death of Lemmy Kilmister.