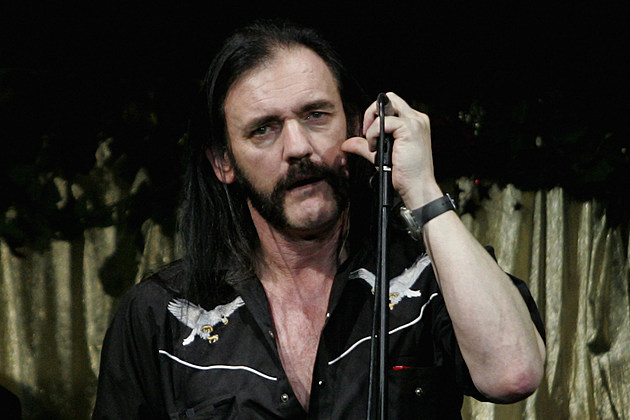 Scientists recently discovered four new elements that have been added to the periodic table of elements, completing the table’s fourth row with elements 113, 115, 117 and 118. As the nomenclature awaits, Motorhead fans have acted quickly in hopes of naming one of the elements “Lemmium” after the late Lemmy Kilmister.

These aren’t just any elements and it would befit the rock ‘n’ roll icon considering the elements are classified as “superheavy.” The movement comes by way of U.K. resident Jon Wright, who started the Change.org petition, which is seeking and will get 25,000 signatures. The petition states,

Heavy rock lost its most iconic figure over Christmas with the sudden and unexpected death of Ian ‘Lemmy’ Kilmister.  Lemmy was a force of nature and the very essence of heavy metal.  We believe it is fitting that the International Union of Pure and Applied Chemistry recommend that one of the four new discovered Heavy Metals in the Periodic table is named Lemmium.  An astrological object (a star) has been named Lemmy to meet the IUPAC naming recommendations

The International Union of Pure And Applied Chemistry has specific rules when it comes to naming elements, stating it must be named after “a mythological concept, a mineral, a place or country, a property or a scientist.” As indicated in the statement above, Lemmy meets the qualifications, having had a star named after him.

Other scientific discoveries have been named after metal and rock musicians in the past, though not an element on the periodic table. In November of 2015, Henry Rollins had a muscular fireworm named after him and an ancient marine worm with jaws was named after King Diamond in 2012. Kilmister even had a fossilized worm named in his honor in 2006!

The beloved Motorhead frontman passed away on Dec. 28 at the age of 70, succumbing to terminal brain and neck cancer. He had been diagnosed with just two days earlier. He left behind one of the most impressive legacies in rock history as fans and musicians continue to offer tributes to the fallen icon.