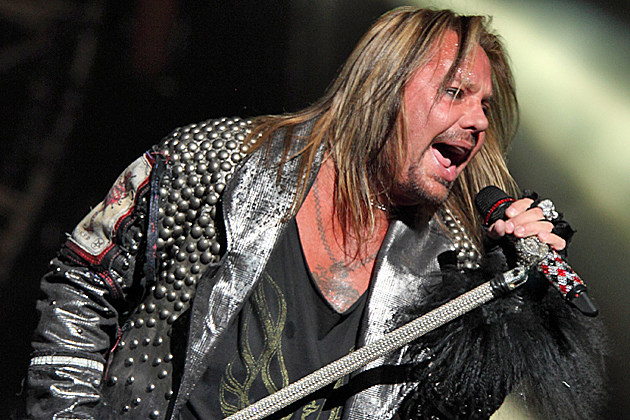 California has been notably plagued by droughts in recent years, leading to the state imposing strict sanctions regulating the use of water by its citizens. While some reports claim the state will run out of water in the next one to two years, nothing there is concrete, but it does bring the importance of water conservation front and center. The East Bay area of San Francisco has cited 1,802 residents for violating the 1,000 gallon per day cap, including Motley Crue singer Vince Neil.

According to NBC Bay Area, Neil was going through over 2,200 gallons of water a day at his home in Danville, more than doubling the daily allotment over his last 60 day billing cycle. Over 14 years since the release of the tell-all Motley Crue book, The Dirt, it seems the frontman just can’t wash it all off no matter how valiant his efforts may be. Neil will be fined $2 for every gallon over the cap, which will amount to nearly $150,000. Of course, this sum is nothing compared to the money the singer has flushed away in his debaucherous past, which also included water for mud wrestling pits in his back yard.

Though Neil has gone through more than two times as much water as he is allowed, he ranks relatively low among other high-profile water wasters in the area. Founder of 24 Hour Fitness Mark Mastrov has averaged more than 10,000 gallons of water a day and San Francisco Giants catcher Buster Posey regularly uses over 3,300 gallons.

Motley Crue are at the tail end of their farewell tour and will be playing their final show on New Year’s Eve back where it all started in Los Angeles. The show is dubbed Crue Year’s Eve and will mark the final performance of the act as a touring band. The members signed a cessation of touring agreement, which legally forbids Motley Crue to go back on the road, ensuring this is indeed the last tour the band will ever undergo.