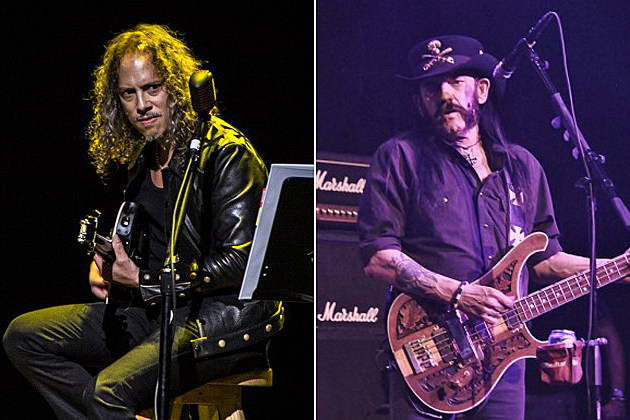 In the immediacy of the moment, the 140 characters of Twitter will help you express things that you want to get off your chest. But sometimes there’s just more that needs to be said and Metallica‘s Kirk Hammett is delving a little deeper about the death of Lemmy Kilmister than the band’s joint statement that was issued shortly after news of Kilmister’s passing went public.

In their initial posting, the group stated that Lemmy was “one of the primary reasons this band exists.” They went on to express how grateful they were to have been inspired by him over the years.

In his new statement, released to Rolling Stone, Kirk Hammett calls the Motorhead leader “the finest of gentlemen.” He goes on to share his first exposure to Motorhead’s music and how seeing photos of the band made him realize that it was okay to be an outsider. Read his full comments (via Rolling Stone) below:

Lemmy was the finest of gentlemen.

Back in 1979 when I was 16 years old, I heard Overkill for the first time. I thought it was the fastest thing I’d ever heard, and I declared to all my friends that Motörhead were the fastest band in the land.

And I remember very distinctly having a realization that moment — I realized that it was OK to be an outsider and that it was OK to not feel like I had to conform to anything that I objected to in my teenage life because clearly the Motörhead guys in this picture looked like they didn’t conform to anything at all and boy it sure looked and sounded like they were enjoying themselves as a result.

So I got a lot from that pic and that massive sound and that attitude.

And I have to thank Lemmy, Fast Eddie and also the recently departed Philthy Animal for the inspiration, spark and fire that I felt so strongly from that night in 1979.

That inspiration will always be there with me and may the music of Motörhead live on!

Metallica and Motorhead have shared a mutual respect over the years. Metallica celebrated Lemmy’s 50th birthday in 1995 at the Whisky-a-Go-Go in Hollywood by donning whigs and performing as a tribute band called The Lemmys.

Metallica, of course, aren’t the only band paying homage to the legend. Check out some of the other comments from across the music community here.