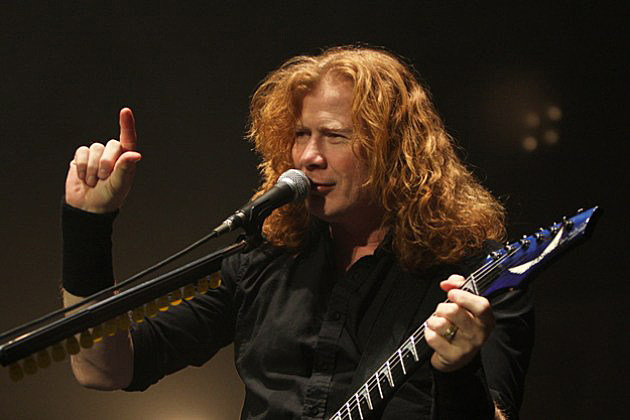 In a new interview with Megadeth frontman Dave Mustaine, the thrash pioneer spoke about the current state of the band. Mustaine addressed claims that he wanted to reunite Megadeth’s Rust in Peace lineup and says the current lineup of Megadeth is the only one where both the drummer and guitarist are “up to standard.”

Megadeth fans seemed to be obsessed with the idea of a Rust in Peace lineup, while both guitarist Marty Friedman and drummer Nick Menza talked about being offered to return. Speaking to Overdrive, Mustaine put the rumors to bed that he wanted the Rust in Peace lineup to come back together.

“David Ellefson was a total gentleman and stood up and said, ‘Look this wasn’t Dave’s idea to do this reunion, it was my idea,’ because my take on it was that I really didn’t want anything to do with it,” Mustaine says. “As far as I was concerned, it’s done and let’s just leave it where it’s at. Dave really wanted to do the Rust in Peace thing and I love Dave, he’s my partner, so I figured we’ll see what happens. When it didn’t happen, of course everybody blamed me and I was just politely saying “go f— yourself.”

Mustaine adds that guitarist Kiko Loureiro and drummer Chris Adler are “two of the most talented musicians that I have ever played with.” “To have musicians of that caliber playing at the same time is a formidable force,” raves Mustaine. “Any of the previous lineups always had at least one member that was not up to standard. For example, say the guitarist is great and the drummer is OK, or the drummer is great and the guitarist is OK, but to have totally changed and to have both positions filled with excellent musicians, really helped to raise, not only the morale of the band, but also the professionalism and the ability for us all as musicians. To be honest, I think that my guitar playing has improved, because of Kiko pushing me.”

Though rumors that Lamb of God would be opening for Megadeth on their upcoming North American tour were rampant, Dave Mustaine recently shot that speculation down. Stay tuned for updates on Megadeth’s 2016 tour once news breaks.