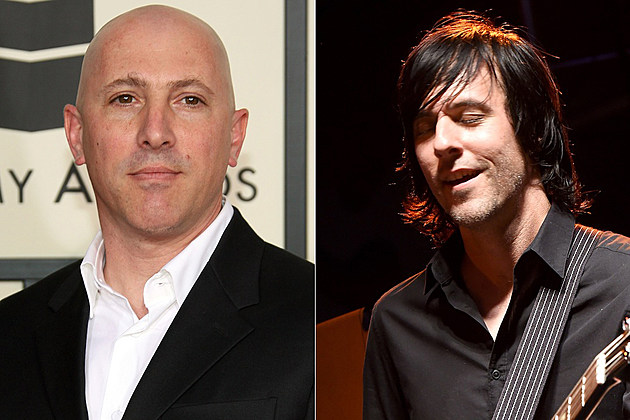 The world is still shaken from the Nov. 13 terrorist attacks in Paris, where 129 people were killed throughout the city — 89 of which were slain during an Eagles of Death Metal concert at Le Bataclan. Bassist Matt McJunkins was onstage performing when guns began to fire, and according to A Perfect Circle / Puscifer bandmate Maynard James Keenan, there was a long period of time when McJunkins’ safety was unknown.

McJunkins is a current touring member of Eagles of Death Metal along with A Perfect Circle. He’s also performed with Thirty Seconds to Mars, Ashes Divide and Puscifer, though Ministry‘s Paul Barker was recently revealed as Puscifer’s new touring bassist.

During a recent interview at SiriusXM, Maynard Keenan spoke about knowing nothing about McJunkins’ safety for a full day:

It was an awful, an awful 24 hours, just trying to figure out where he was… I guess Junk [McJunkins] had gotten a hold of somebody’s cell phone in the venue and texted his or called his significant other to say that he was pinned down.
The rest of the band got out, but he did not. And then that’s all we heard. We were simply in the dark for the next 12 hours waiting to hear anything. And we finally saw that like the authorities were in the building now, we still didn’t hear from him. So we had no idea if he was a casualty or not.
Of course we were up all night and so the show the next day was understandably – we were just exhausted, so it was of course hard to hold back the emotions a little bit, so it wasn’t, this was not our favorite show.
We weren’t in it [the attacks], but just the thoughts of our friend going through it, and we don’t even know what he saw yet. We have no idea if he saw all this, or if he was hiding under a rock—I have no idea, I don’t know that he wants to talk about it.

Maynard hasn’t directly spoken to McJunkins since the bassist’s escape. McJunkins wrote a statement via Facebook stating how grateful he was to be safe, but he’s since deleted the post.