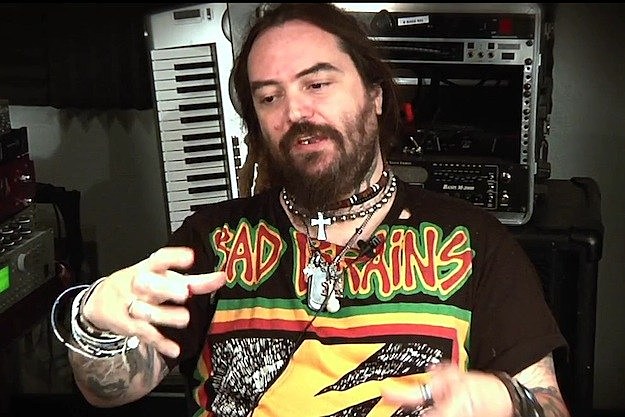 Soulfly / Cavalera Conspiracy / ex-Sepultura frontman Max Cavalera has been ordered to pay damages to Monika Bass for libeling her in Max’s 2013 autobiography, My Bloody Roots.

Monika Bass is the ex-wife of Max’s drum-playing brother, Igor Cavalera. Igor helped form Sepultura in 1984 and still plays with Max in Cavalera Conspiracy to this day. Max was brutally honest about Monika Bass while writing his 2013 memoir, calling her a “b-tch” and claiming Monika tried to pick him up before eventually going after Igor.

“I never liked Igor’s wife. She was a b-tch,” Max wrote. “They’re finally divorced now, thank God. When we first met her, she tried to pick me up, but I didn’t want anything to do with her. A couple of weeks later, she was with my brother, which I always felt was kinda weird, like he was the second-best option or something. That always bugged me. But he fell in love with her anyway … There was something about the way [Monika] talked to [Igor] that always bothered me. She’d say stuff like, ‘My father is rich: he can provide me with a big house and a great life. You’d better do better than that.’ In front of everybody. I couldn’t stand her, man. I still can’t. I found out later that she became [Sepultura’s] manager and was the person who wanted and took Gloria’s [Cavalera, Max’s wife and former Sepultura manager] job. And she was a dental assistant! How does a dental assistant become a manager? Unbelievable.”

Bass filed a suit against Max in 2014, seeking one million Brazilian reals (approx. $262,000) in “moral” damages. She didn’t get exactly what she wanted, but on Oct. 28, Max Cavalera was ordered to pay Bass 50,000 reals (approx. $13,000) in damages and to cover her legal fees. Max must also publicly recant his published comments by publishing a notice in three separate newspapers; O Estado de São Paulo, Folha de São Paulo and Correio Brasiliense.

Both parties were given a total of 15 days to appeal the judge’s decision.