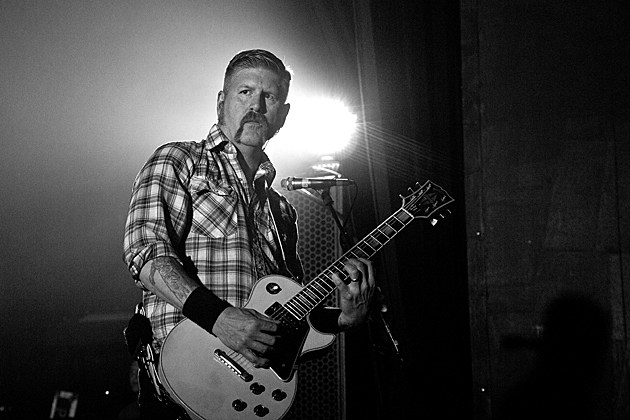 Mastodon guitarist Bill Kelliher is celebrating one year of sobriety. After years of abusing alcohol and a hospitalization due to his liver beginning to shut down, Kelliher has made it through what’s thought to be the most difficult period of a recovering alcoholic.

Kelliher spoke about his sobriety to Democrat and Chronicle during a recent interview. “Today’s been one year of sobriety for me,” Kelliher said last week. “It’s been a struggle for many years. Everyone tells me the first year is the most difficult, when you’ve been an alcoholic most of your life … Being sober, I could hold it together when I saw my mom that first day, in a kind of vegetative state [after suffering a stroke which led to doctors finding a brain tumor]. My brother was losing it and I just told myself, ‘I’ve gotta stay strong.’ We’re only here for so long. For me it was a choice when I gave up the booze. I didn’t have to be that guy who needs a depressant to cope with life.”

In a 2014 interview with AXS, Kelliher spoke about how his cutting back on drinking renewed his creativity. “Once you stop drinking or putting down the drugs and start living life on life’s terms, it’s a totally different experience when you write a song,” Kelliher revealed. “You feel good about it and it really comes from the heart, comes from that special place. It’s not some hung over feeling, like, ‘I just don’t feel like putting any effort into anything anymore.’ That’s how it was getting for me and that’s why I had to stop.”

In the Democrat and Chronicle piece, Kelliher also revealed he has been added to a Grammy Awards committee. “They’re thinking about making heavy metal and hard rock two separate genres again,” Kelliher says. “We’ll be looking at lists of names of bands, who goes in what category. And there are many sub-genres. Heavy rock, hard rock, pop rock, heavy metal, death metal, power metal. Everyone who votes for the Grammys is 55 and up, so we get matched up against the Foo Fighters, as has happened in the past. And Foo Fighters is always gonna win, it’s like Cheerios. Nothing against Dave Grohl, he’s a really nice person. But they’re not a metal band. They should match us against Lamb of God and Slayer.”

Mastodon are wrapping up their string of dates with Judas Priest tomorrow night (Nov. 12) with a gig in Toronto, Canada.

You Think You Know Mastodon?