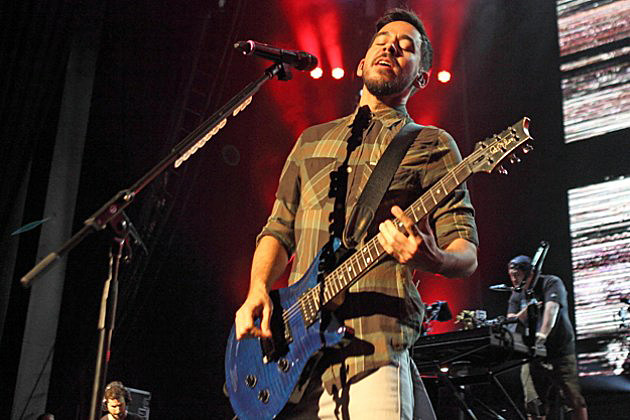 When you’ve been around as long as Linkin Park have, it can become easy to fall into the same writing habits when going into the studio to begin work on a new album. The band has enjoyed overwhelming success since their debut record, Hybrid Theory, and with six albums notched in their belt so far and nearly 70 million sold, why tinker with a winning formula?  Reinvention can be crucial to staying on top and Mike Shinoda has revealed the band has taken a drastically different approach to the writing process for the forthcoming Linkin Park record.

Giving an update from the studio, Shinoda posted a lengthy statement on the band’s website, clueing fans in on what they’ve been up to. He explains how the writing process has always been to create the music and add the vocals and melodies to the song last. One problem with this is that some songs are strong musically, but never get finished because “the vocals were usually forced into the existing chords and structure of the song, which often times meant that some ideas we loved never ‘made it,’ because good words or good melodies never showed up, even though we liked the music.”

Sharing how Linkin Park has tweaked the formula, he goes on saying, “Over time, we’ve started incorporating vocals earlier and earlier in the process, usually in the form of skat ‘la la la’ vocals and gibberish words.” That isn’t enough as the group prepares their seventh album. The rapper/guitarist continued, “But this time, we decided to go even further, and write more ‘traditionally.’ We’re starting with the most fundamental parts of the songs — the words and vocal melodies — and completely fleshing out those ideas before we begin working out the music. That means right now, we’re only focusing on the foundations upon which the songs are built. Some songs are just one piano, keyboard, or guitar, and a vocal. The concept and words of the song are front and center. We’ve even invited some new friends into the studio to bounce ideas off (more to come on that later).”

For a closer look on what Linkin Park are up to in the studio, check in on their Facebook page. Shinoda explained he’ll be posting live video streams of days they’re in the studio and that he will provide more written updates, and, in closing, said, “This album is going to be insane, and we’re looking forward to taking you on the journey as we make it.”

Linkin Park’s latest album, The Hunting Party, reached No. 3 on the Billboard 200 charts and has been certified either gold or platinum in four countries overseas. The record also yielded a whopping five singles as the band continues to add classics to their expanding catalog.

Linkin Park in the Studio 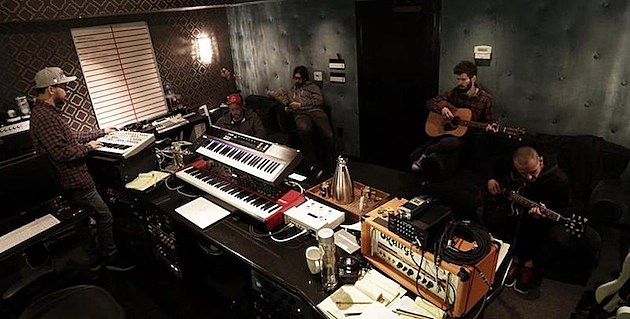