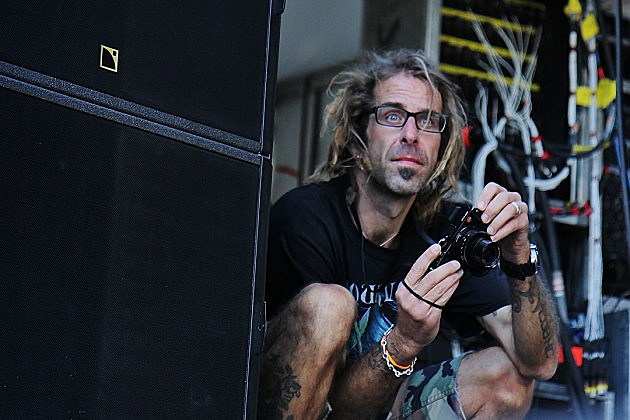 Lamb of God‘s Randy Blythe is planning to write another book. A departure from his Dark Days memoir detailing Blythe’s imprisonment and trial in the Czech Republic, the vocalist’s next book will be a piece of fiction set “50-100 years in the future.”

Many musicians have written books at certain points in their career, but few have been able to pen with the sophistication and gripping storytelling ability of Blythe. The man doesn’t watch television and is rarely without something to read, so along with writing lyrics, more complex tales are comfortably within Randy’s wheelhouse.

In a new interview with Metal Hammer, Blythe spoke about currently working on this new futuristic novel. “I’m working on an outline for a book, but that’s about as much as I can do while I’m on the road,” says Blythe. “Writing a book makes writing a record look like going to kindergarten. It’s a much more tense, concerted, extended, creative effort – it requires a lot of focus that this environment does not provide. It’s set 50 to 100 years in the future. I’m wracking my brain right now, because you have to figure out all sorts of little things we don’t think about, because of the incredibly rapid advancement of technology.”

Randy adds, “The most important thing about a narrative is the author’s voice. And my voice comes across. And that’s one of the hardest things, a lot of writers struggle for three or four books to find their voice. And most people who knew me, and famous writers I know, were like, ‘Your voice is there, it’s strong.’”

Lamb of God will launch a headlining tour this month with Anthrax, Deafheaven and Power Trip as support.

‘Dark Days’: A Conversation With Lamb of God’s Randy Blythe