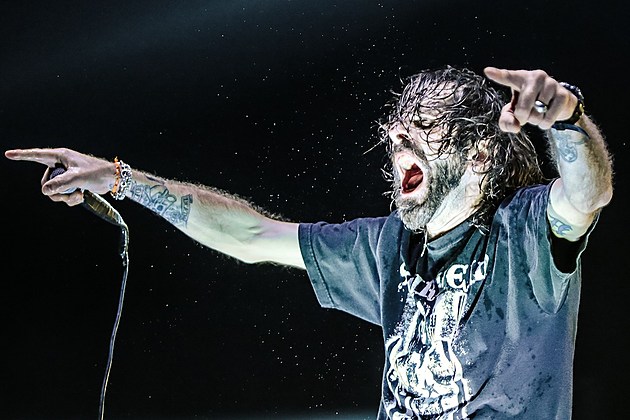 Lamb of God frontman Randy Blythe has further elaborated after revealing via his Instagram account that he was attacked by a group of youths while shooting some photos in Dublin, Ireland. The musician reportedly suffered minor injuries after being hit with a stick by a group of teens, who caught him by surprise. They teens also made off with his hat and glasses before being run off by a taxi driver who intervened.

In his new statement, Blythe says that he takes some of the blame for not paying attention to his surroundings and issued his update in part as a warning to fellow photographers not to fall prey to being distracted. The vocalist also used the forum to discuss parenting and how the incident was indicative of youths who have had a lack of proper parenting. He adds that he’s certainly no angel and there is the adage of “boys will be boys,” but there’s a bigger failing when the way that kids get their kicks is by assaulting others for fun.

Read his full statement on the matter below:

Since lots of people are asking, in regards to the incident that happened in Dublin, I am fine- just a couple of scrapes and bruises, no lasting damage. I’ve hurt myself worse before skateboarding, so it’s nothing I can’t shake off — I have a pretty hard head, haha. I explained the whole thing on my Instagram — it was regrettable, but to a great degree it was also my own fault for not paying more attention to my surroundings — I knew better, but I got distracted taking photos.

I’m just glad it wasn’t any worse, because it could have been. I got off pretty easily, thanks to a good hearted cab driver who scattered those kids while I made it back to my hotel (thank you, whoever you are). That’s why I posted about it, to remind my photographer friends (and anyone else who might be out wandering in any city, not just Dublin) to remain alert at all times. These things can happen very quickly if you aren’t on guard, and it certainly did in my case, in a matter of five seconds or so — learn from my mistake. This is the reality of today’s world.

And in retrospect, I’m not even mad at these youth, I’m honestly not — it’s more sad to me that jumping strangers is how some kids get their kicks. To me this indicative of a lack of proper parenting — we as a society are failing our children when we raise them in such an over-permissive manner that assaulting random people is considered fun.

It is true that boys will be boys, and I am certainly no angel — I had my share of stupid scraps growing up. But it never once occurred to me to gather four or five of my friends together and go beat some random person up for that evening’s entertainment. That is not how my parents raised me. It’s weak, cowardly, and very, very unmanly.

So I ask you, parents — is that what we want for our children? Cowardice and a mob mentality where people are afraid to stand on their own as individuals? I I hope not. Keep an eye on your kids, ok?

As for Ireland — I’ll be back. No worries — I’m not afraid of your beautiful green island. Unfortunately, I just happened to meet a few of your undesirables, and they exist everywhere. See you on the road.

Lamb of God are currently touring Europe with Megadeth and Children of Bodom with dates booked into early December. They’ll finish out their touring year at Slipknot‘s Knotfest festival taking place in Toluca, Mexico on Dec. 5. After a break for the holidays, the band will be back on the road in support of their VII: Sturm und Drang disc in January when they join Anthrax for a North American tour. See all of their dates and get ticketing and VIP package information at this location.