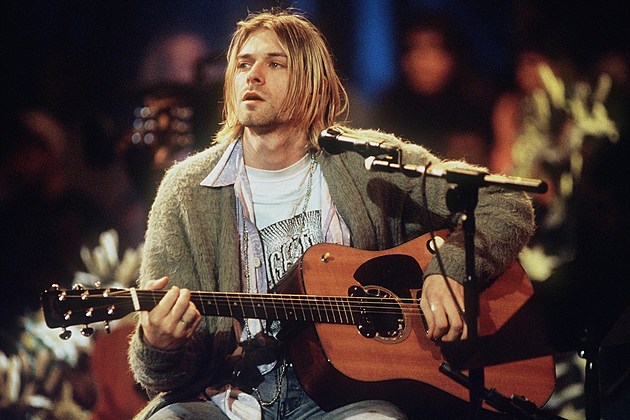 If we told you that a vintage green cardigan sweater with a burn hole and discoloration recently sold for $137,500, you’d probably think we were crazy. But this is no ordinary cardigan. It’s the one worn by Nirvana frontman Kurt Cobain in the band’s classic MTV Unplugged performance that is one of the most closely tied pieces of clothing to the late rocker.

Initially, Julien’s Live opened the bidding at $20,000 and estimated that the piece of clothing would sell for somewhere between $40,000 and $60,000. Obviously, that goal was blown out of the water as the bidding on the garment topped out at $137,500. As previously stated, the cardigan had a burn hole and discoloration near the left pocket. There was also one button absent from the item as well, but for fans of Cobain, the acrylic, mohair and Lycra sweater was worth it.

Spin reports that the lock of Cobain’s hair that was initially mentioned to be part of Julien’s Live auction was pulled from bidding. A rep for Julien’s Live stated to Spin about the controversial item, “Lock of hair was pulled from the auction and therefore not sold.” The lock of hair was initially given to a doll maker / artist by Courtney Love, who had commissioned a Cobain doll for her daughter. After creating the doll, there was a lock of hair left over.

In addition to the cardigan, Julien’s Live also sold additional Nirvana merchandise as part of the auction including gold and platinum record plaques, but the garment was the big ticket item for Nirvana fans.