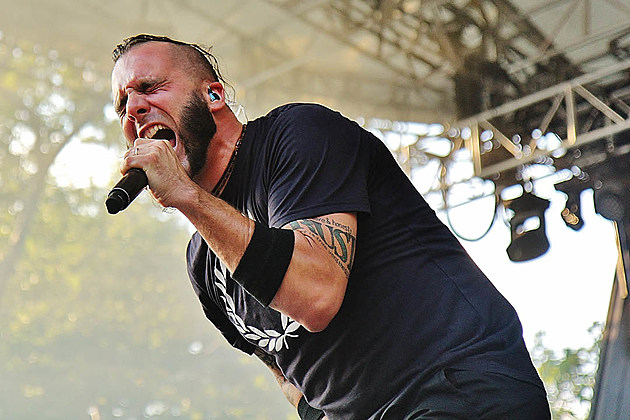 Get ready! Killswitch Engage are ready to tear into 2016 and when they do, they’ll have a new album to promote. During an interview with Revolver, frontman Jesse Leach revealed that the disc will be titled Incarnate.

“The definition of incarnate is ‘in the flesh,’” Leach explained. “And this record is who we are right now. Whereas Disarm the Descent was sort of my ‘comeback’ album, and was about us feeling out the new vibe. But now, after spending a few years traveling the world together, I think we’re all in a really comfortable place. We definitely have a strong sense of self as to who we are as a band.”

Leach is in his second tenure with the band, taking over for Howard Jones who had replaced him when he exited over a decade ago. The singer recalls, “I was just young and stupid and didn’t really have a sense of who I was. I didn’t have confidence in myself as a person and as a singer. Now my confidence is intact but I think there’s a humility now that I didn’t have before. I’m willing to grow. I think back when I was younger, I had this punk rock guilt about me, where I thought I knew what I had to do and I didn’t want to take lessons from anybody.” Leach added, “[The reunion] has been better than I ever thought it could be. It feels really good.”

While the band’s new album isn’t expected until 2016, Killswitch Engage recently got a jump on things by unveiling a new video for the song “Strength of the Mind.”

Leach’s full interview with Revolver can be found in the upcoming issue, which hits newsstands on Dec. 22. The band is featured on the cover donning Star Wars costumes in honor of the new blockbuster film.