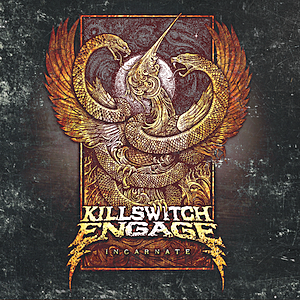 Killswitch Engage have just announced the release of their seventh studio album! Incarnate has been set for a March 11 street date via Roadrunner Records and just a few days after, Killswitch will embark on a North American tour.

Incarnate will be Killswitch Engage’s follow-up to 2013’s Disarm the Descent, which marked the return of original vocalist Jesse Leach. Disarm the Descent was well received by fans, who will certain flip their lids over this news. Incarnate features the new track “Strength of the Mind,” which was released by Killswitch last month.

Killswitch Engage will hit the road for over a month beginning March 16 in San Antonio, Texas and finishing up April 24 in Ladson, S.C. Memphis May Fire and 36 Crazyfists will provide support for Killswitch Engage throughout the run. Check out the full list of dates below.

Fans will be able to pre-order Incarnate via iTunes beginning Jan. 29. Killswitch Engage are teasing more big news to be revealed tomorrow (Jan. 20) so stay tuned to Loudwire for that update.

*No Memphis May Fire or 36 Crazyfists