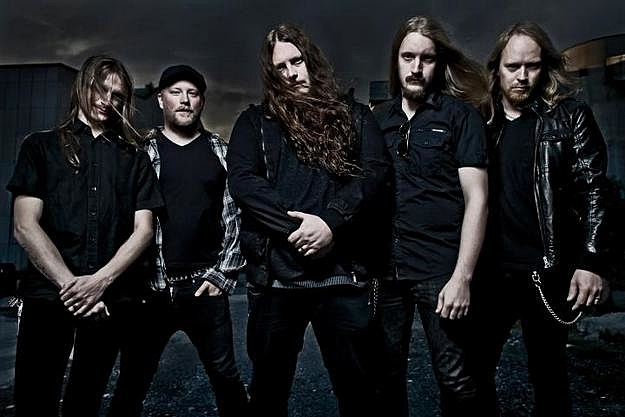 Katatonia suffered a blow to their rhythm section with the departure of drummer Daniel Liljekvist in 2014 to focus on his family and a “normal job.” Since then, they have employed Daniel “Mojjo” Moilanen as their live stickman and they have now announced him as an official member of the band. The group also revealed that the search has begun for a new guitarist and that they will be entering the studio soon to record their tenth studio release, the follow-up to 2012’s Dead End Kings.

Excited about taking Mojjo on board, singer Jonas Renkse elaborated on the band’s relationship with the drummer, saying, “We first met Mojjo back in 2009 where his band at the time, Engel, had joined up with us and Paradise Lost on a U.K. tour and we soon realized we shared the same musical background and ideals. We stayed in touch over the years and when Daniel Liljekvist quit Katatonia in 2014 we decided to give Mojjo a call.”

Mentioning Mojjo’s status in the band, Renkse continued, “He has now been with us for well over a year, so far only as a live member, but now is the time for him to join the Katatonia album cycle and most importantly — make his own impression on our new material. We can’t wait to see what this will lead to. Love him up!”

A well-established member of the Swedish metal scene, Mojjo has been involved with Engel, Runemagick, Lord Belial, The Project Hate MCMXCIV and more. Expressing his gratitude to join Katatonia, he said, “From 1993 via 2009 to 2014, from today and onward into future battles. I am thankful, delighted and proud to take part in the next phase of Katatonia and I am looking forward to the journey being as giving as it has been for the last 22 years.”

Katatonia have begun work on their new record at Stockholm’s Studio Gröndahl with engineer Karl Daniel Lidén, but are still looking for a new full time guitarist. Per “Sodomizer” Eriksson left the band in 2014 along with Liljekvist and was replaced by Tomas “Plytet” Åkvik for live duties.

In a statement released by the band, they said, “We’d like to thank Tomas ‘Plytet’ Åkvik for his time playing with the band as our session live guitarist. Unfortunately due to the extensive plans with the new album cycle it collides with his other commitments, so Tomas’ last gig with the band will be the 70,000 Tons of Metal cruise in January.”

Opening the vacancy to the metal world, Katatonia said:

Meanwhile, we’re already looking at a few candidates, but will also accept submissions for the guitar position through our management Northern Music Company. So apply if, and only if, you meet the following criteria:

If you can tick off all the above, then please email: katatonia@northernmusic.co.uk with the subject line ”guitarist submission” and include:

Thank you and good luck!

Katatonia will be taking part in the 70,000 Tons of Metal cruise in early February and will be making festival appearances over the summer, most notably at Hellfest in France. For a full list of dates, visit the band’s website.