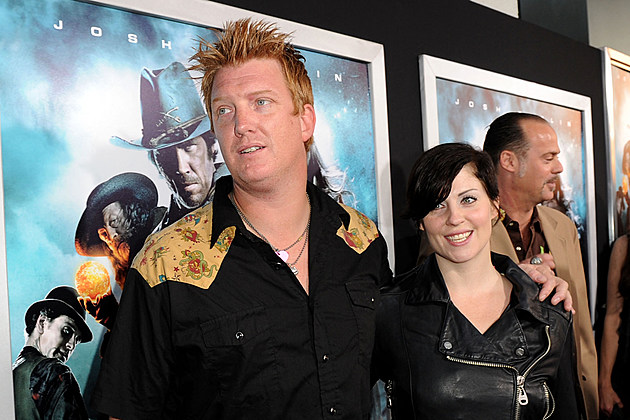 Queens of the Stone Age and Eagles of Death Metal musician Josh Homme is a father once again. He and wife Brody Dalle just welcomed their third child, a son named Wolf Dillon Reece Homme.

Dalle, a musician herself who fronted both the Distillers and Spinnerette and released a solo album, posted a photo of the new addition to their family on Instagram, revealing that young Wolf arrived on Saturday, Feb. 13. She also gave the baby’s dimensions and added, “Sending our love to Paris, my man and EODM.” Check out the post below.

As stated in the shout out, Homme’s Eagles of Death Metal outfit returned to Paris last night (Feb. 16). It was the band’s first performance in Paris since the terrorist attack that occurred at Le Bataclan back in November. The group vowed to return after the horrific events of November in which 89 people were killed when gunmen entered the venue and opened fire.

While they hoped to play Le Bataclan, the venue has not reopened as of yet. It’s currently undergoing renovations with a plan to hopefully reopen later this year. So Eagles of Death Metal performed last night at the Olympia instead. Read more about the show by clicking the red button below.