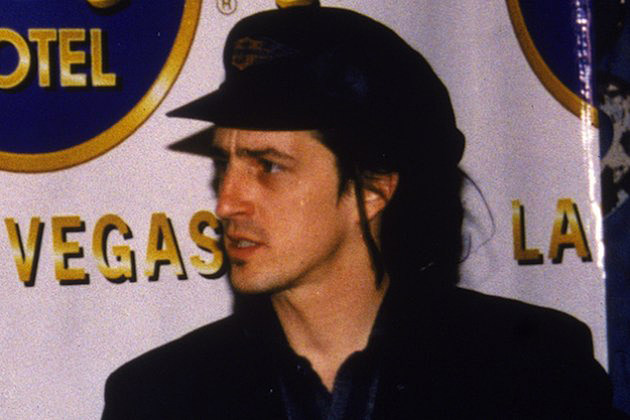 Another day, another Guns N’ Roses rumor! Yesterday, we reported on the status of Dizzy Reed, Frank Ferrer, Richard Fortus and Chris Pitman, stitching social media clues together. As fans around the world still hold out for a full blown reunion of the classic Appetite for Destruction lineup, they might be in for one of the biggest surprises yet. Former GN’R manager Alan Niven has shed some light on guitarist Izzy Stradlin and where he stands amidst all this member chaos.

Having managed the band between 1986 and 1991, Alan Niven oversaw Guns N’ Roses as they neared critical mass. He recently spoke with Kym Gibbs and talked about the potential for Izzy Stradlin to take part in the growing reunion. He stated, “Izzy will sit on the sidelines until he feels like he wants to get his toes in the water. He doesn’t like all the drama.” The most interesting piece was when Niven added, “I think he’s written with them,” and went on the specify that he writing had taken place “recently.”

The word “recently” is subjective as Stradlin had written with Duff McKagan in March of 2015. With all the rumors of members rejoining the band, the news of the band possibly working on new material is especially exciting. While Guns N’ Roses have yet to confirm the details of the lineup, fans should not get hung up on the notion of new music for now.

Duff’s wife Susan Holmes-McKagan left the door open regarding Stradlin’s return recently, saying “never say never” in a post online, which can be seen below. 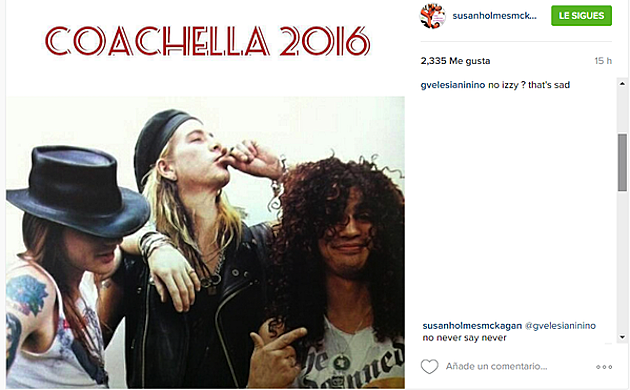 Guns N’ Roses have been confirmed for the 2016 installment of the Coachella Festival and will feature Slash and Duff McKagan rejoining Axl Rose. There has been official word from the band regarding the rest of the lineup, though original drummer Steven Adler is reportedly negotiating for a role in the band.