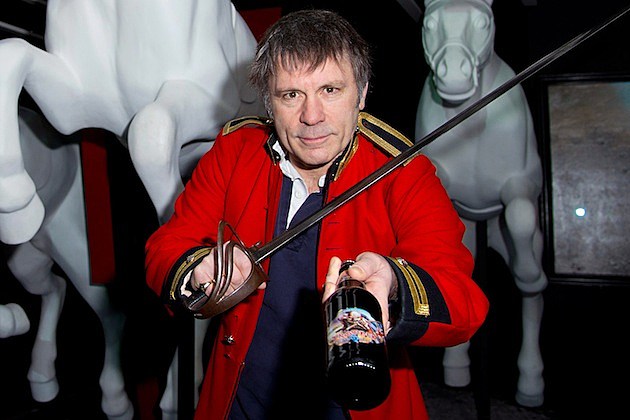 Legendary Iron Maiden vocalist Bruce Dickinson has revealed that his tongue and throat cancer was caused by the human papilloma virus (HPV), the same virus that causes cervical cancer.

During Bruce’s recent press junket for Iron Maiden’s new album The Book of Souls, he made a number of radio station stops where he discussed the details of his diagnosis. Bruce discovered his cancer through a strawberry-sized lump on one of his lymph nodes, where the cancer spread to from its origination point on the back of Bruce’s tongue. The HPV virus, which roughly 80 percent of people will contract in their lifetime without consequence, is commonly transferred through sexual contact, though it’s “poorly understood what other transfer pathways may exist,” explains the Oral Cancer Foundation.

One frightening revelation that Bruce told the Opie and Jim Norton Show is that his cancer was actually diagnosed at Stage 3. “My doctor said, ‘Look, don’t worry about the staging because I’d rather have Stage 3 of your cancer than Stage 1 lung cancer,’” Dickinson explained.

While speaking with Eddie Trunk, Bruce spoke about how the cancer has affected his voice. “I’ve had a bit of a singsong, and stuff seems to work,” says Bruce. “I mean, the larynx, all the nodes are completely unaffected by the whole thing. So all it is, really, is I’m missing a golf ball in the back of my tongue, which is the size of the lump that was there. So the golf ball has disappeared. And I don’t even play golf … Sometimes some of the transitions from a’s to r’s and e’s to ooh’s and things like that, at certain points in the register, [your voice can be] a little bit wobbly. You suddenly start sounding a bit yodelly. If I do ‘Trooper’ and stuff like that, it’s like, ‘Oh, great,’ ’cause it’s in a high register and it’s away from that particular area of your throat. But, as I say, things are still healing up. Swelling is still going down on the inside, ’cause I had a pretty good cookery lesson with radiation there for about three weeks or a month.”

The Book of Souls will see a Sept. 4 release, so be sure to pre-order your copy or a variety of bundle packs by clicking here.