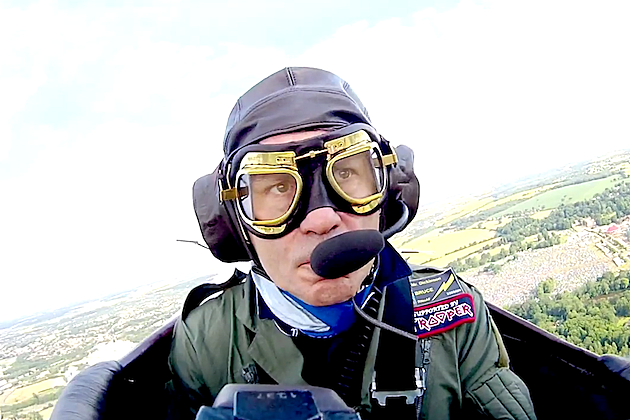 Iron Maiden frontman Bruce Dickinson is a man of many hats and has spent a significant amount of time in the cockpit piloting his personal aircrafts on joyrides, enjoyed a stint as a commercial airline pilot, flies Maiden, the crew and all of the band’s gear around the world on tour and even launched his own airline. Though it is unclear if the frontman flew an endangered turtle to safety, his personal plane was used in the life-saving event.

Terri the turtle raised a significant amount of concern worldwide after the endangered reptile washed ashore on a beach in New Jersey with a severely damaged shell and a bad infection. Thanks to a crowdfunding campaign, €8,000 was raised in an effort to help save the turtle and bring her to Spain’s Canary Islands.

“A jet has become available at a far reduced price and with the donations at the hospital and online we have reached the price we need for the jet,” said veterinarian Peter Haworth via the Olive Press. Noting the outpouring from the global community, he added, “It shows how much one little turtle can bond people together. We had interest immediately from Dubai, Australia and America.”

Dickinson made headlines last year when he ran low on fuel on a personal flight on his Fokker Triplane. The singer decided against tempting fate and made an emergency landing at the Royal Air Force Station in Buckinghamshire, England. The act was celebrated by the Royal Air Force when they stated, “To see such a well-regarded pilot, and world-renowned rock singer, make this decision is great for our student pilots to see. It makes them realize that anyone can find themselves low on fuel due to unforeseen circumstances and that the right decision is to divert.”