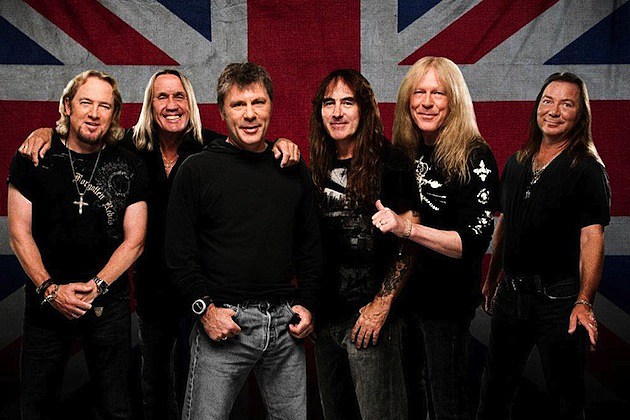 The boys from Iron Maiden have taken to Facebook to offer Lemmy Kilmister a tribute. Not only is the message signed by all six members of Iron Maiden, but longtime manager Rod Smallwood as well.

Just like Motorhead, Iron Maiden have put four decades into heavy metal. The two bands toured together on one of the best bills assembled in the 21st century – Iron Maiden, Motorhead and Dio‘s North American run in 2003.

The fellow British legends offered some kind words to Lemmy, calling the frontman “a unique character”:

Lemmy,
Rest In Peace….Loudly!
The World has lost a unique character, they don’t build them like you anymore. But you played a great set.
Our condolences to your family and friends and Motorheads everywhere.
With much affection and respect. Nicko, Steve, Bruce, Janick, Dave & Adrian and Rod

Lemmy had discovered he was fighting terminal brain and neck cancer just two days before his death on Dec. 28. “Nobody had any idea,” Singerman told Sky News. “We just learned Saturday, two days ago (sic), that he even had cancer and the doctor told him he had between two to six months to live. He goes (dies) today as I was making calls to (bandmates) Phil and Mikkey telling them to come on out so they could have a last goodbye while he was still upbeat and everything. He was feeling mighty low… He wasn’t expected to die like that … That (cancer) was the last thing we thought he would ever have. When you think about it he has been to every doctor and hospital around the world and nobody caught that… That comes as a massive shock.”