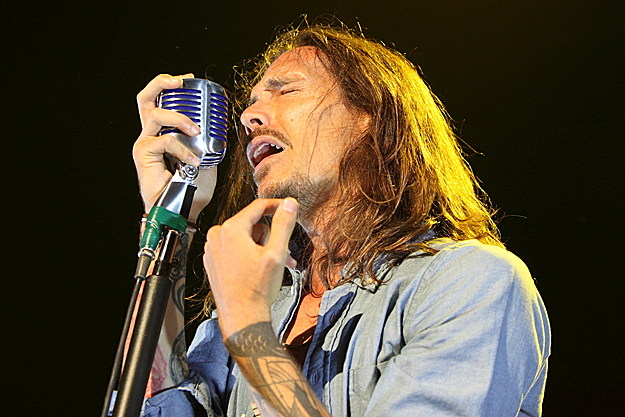 Fans have been anticipating a new Incubus album for a while now. The band released the Trust Fall (Side A) EP this year, though a full-length album was also in contention to come out following some serious writing sessions. In a new interview, however, Incubus frontman Brandon Boyd says the band plans to release a new record and tour in early 2016.

Incubus haven’t put out a full-length album since If Not Now, When? was released in 2011. The original plan was for Trust Fall (Side B) to be an EP release shortly following (Side A), but it may actually become a full-fledged LP.

“We actually had written almost another album worth of material before we left for the summer tour in the States,” Boyd tells Alternative Nation. “The plan was to come home, immediately record that material and have it out before the holidays. But we came home and started writing and then kept writing, and we started seeing ideas emerge that just eclipsed the other ones. So we decided to keep writing, and we’re sifting through tons of material, trying to create the best of the best. We plan on having new music out, I would assume by early 2016. We are definitely going to be on tour as well, from the spring on I would assume … As far as I know it will be Trust Fall (Side B), but it will be a longer than an EP. There’s so much music that we are trying to focus on it being more of an extended thing. More of an LP.”

Boyd also commented on the passing of Scott Weiland, who he had shared the stage with multiple times. “He was always such a sweet guy to me,” says Boyd. “We had a lot in common with people we worked with over the years. I am forever grateful to him and his band for being an inspiration for our band. I saw Stone Temple Pilots when I was kid and they were one of those bands that made us want to start being a band and playing music.”

Head over to Alternative Nation for the full interview with Incubus’ Brandon Boyd.