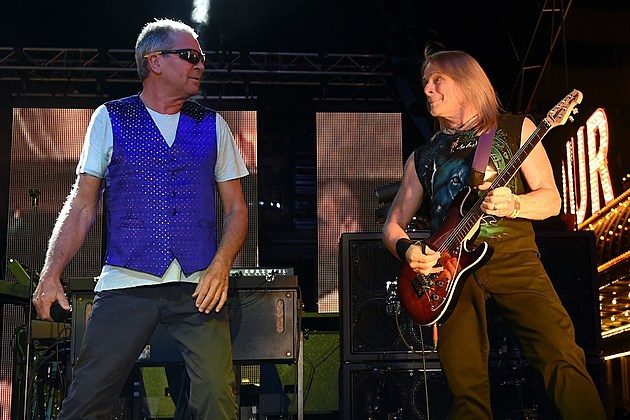 Deep Purple will finally be receiving a long overdue induction into the Rock and Roll Hall of Fame, but the cause for celebration has been stunted by controversy. First, there was speculation as to who would and, perhaps more importantly, would not be inducted from the band’s numerous lineups. When the inductees had been decided, then came the issue of who would perform as documented tensions exist between some current and former members. Now it appears all has been sorted out in an official statement from frontman Ian Gillan, explaining the current lineup will perform at the induction ceremony.

Yesterday, (Feb. 19) it was revealed that guitar icon and rock pioneer Ritchie Blackmore, who left Deep Purple in 1993, would not be performing with the group. In an official statement, the guitarist detailed that his exclusion came from the insistence from the current lineup, as Gillan had felt slighted on behalf of keyboardist Don Airey and guitarist Steve Morse for the two not being named on the inductee list. The singer released a statement on the band’s website explaining the agreement that had been reached, which can be read in full below:

With respect to all:

We were faced with a hard decision when we heard about the Hall of Fame inductions. It was a surprise to us that Steve Morse and Don Airey did not qualify as inductees.

Ian G. Ian P. and Roger G. – decided upon the offer of a compromise which has been agreed with the HoF and enables us to turn up on the night.

DP Inductees will accept the awards and then the living breathing Deep Purple will perform.

It should be stressed that there is no slight intended nor any desire to upset anyone regarding this decision; it is purely a mark of respect to Steve and Don.

I spoke with David Coverdale last week and he expressed complete understanding of the way it was being handled; thanks David you’re a Gent.

Outside of this event there are no circumstances under which a ‘reunion’ could or would take place.

So, let’s all get up there, shake hands, smile for the cameras and get it done with dignity and respect for all the existing and past members of a very special family.

This appears to solve the issue of the potential “punch-up” drummer and founding member Ian Paice talked about concerning what might happen if certain past and present members were together that night.