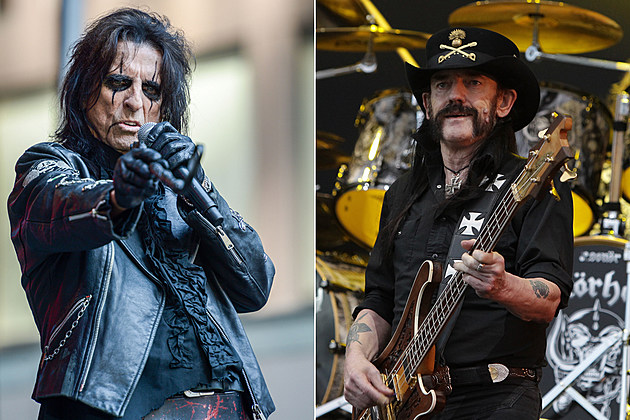 For metal fans, the Grammy Awards telecast has often been something that could be overlooked as the Best Metal Performance winner is almost always handed out prior to the show and rarely is the genre given a spotlight. But this year fans have good reason to tune in as it has now been announced that there will be a musical tribute to Lemmy Kilmister performed by the all-star band Hollywood Vampires.

The late Motorhead great and past Grammy winner died in late December, sparking an outpouring of respect and love from not only those in the hard rock and metal industry, but across all genres. And when it comes time to honor Kilmister on the Grammy stage Feb. 15 in Los Angeles, Hollywood Vampires will fittingly get the nod.

Alice Cooper told Rolling Stone, “We started this band as a means to toast our ‘dead drunk friends’ at the Rainbow, all the ghosts in the bar, and now I guess Lemmy is involved in that, too.” Cooper founded the band with Aerosmith‘s Joe Perry and actor/musician Johnny Depp. The band’s live lineup has also included Guns N’ Roses rhythm section Duff McKagan and Matt Sorum as well as guitarist Tommy Henriksen and multi-instrumentalist Bruce Witkin.

“Lemmy was one of those salt-of-the-earth guys,” Cooper says. “Find me somebody who didn’t love Lemmy. He’s just one of those guys that’s impossible not to like. He was always funny.”

Cooper says the band is still planning what they’ll take on, but he’d definitely like to do Motorhead’s biggest hit, “Ace of Spades.” “I might do it more ‘Alice Cooper style,’ but it would still have to have that growl, that guttural voice to make it work,” says Cooper. “I can’t picture, like, Creedence Clearwater doing that song.”

In addition, Hollywood Vampires will use the platform to premiere a new song called “As Bad As I Am,” which will be a bonus track on the upcoming deluxe edition of the band’s debut disc. Cooper credits Depp for being the driving force on the song. “Johnny says to me, ‘My dad was a bit of a rounder, one of those guys that was in and out of trouble all the time,’” Cooper explains. “‘During Thanksgiving or Christmas, when we’d toast, he’d say, ‘Good as you are, bad as I am.’ And I went, ‘Wow, that’s really good.’ That actually sounds like an old, Irish toast of some sort. So once again, almost everyone in the band is a recovered alcoholic and it refers back to alcohol.” The Hollywood Vampires deluxe edition release is expected to arrive Feb. 12.

In other Grammy news of note, there will also be a tribute to David Bowie at this year’s ceremony. Lady Gaga with musical director Nile Rodgers will lead that performance. The 58th Annual Grammy Awards will air Feb. 15 at 8PM ET/5PM PT on CBS.