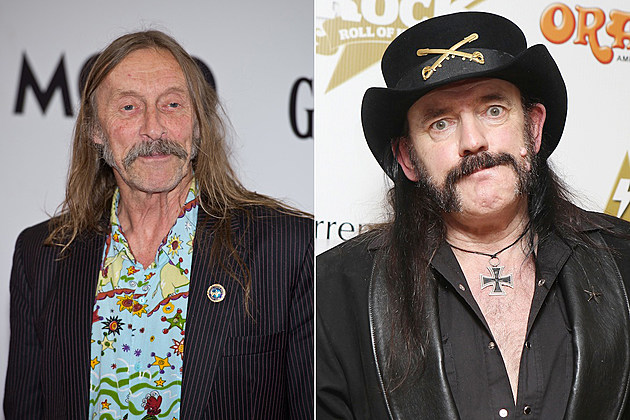 Before there was Motorhead, there was Hawkwind. Formed in 1969 by vocalist and guitarist Dave Brock, the psychedelic space rock outfit released two albums before enlisting the services of Lemmy Kilmister. The band recorded three studio efforts with him at the helm of the four strings and also issued the legendary double live album Space Ritual. After learning of Lemmy’s passing, Brock has paid tribute to his former bandmate.

As Hawkwind were on the rise, they reached their shining moment in terms of commercial success in 1972 with the song “Silver Machine,” which not only featured the guitarist turned bassist driving the rhythm, but the strong English accent and unhinged croon of Lemmy assuming the lead vocal spot as well.  The song reached No. 3 on the U.K. charts and was reissued three times after. Posting on the Hawkwind Facebook page, Brock called Lemmy “A gentleman, a character and a friend” and stated that “we had a magical bond together.”

Following the success of the single, Hawkwind hit the studio to record Doremi Fasol Latido and embarked on the “Space Ritual” tour. Two more albums followed with Lemmy — Hall of the Mountain Grill and Warrior on the Edge of Time — the latter of which the iconic bassist was not very fond of.

After being arrested in Canada for drug possession, Lemmy was let go from Hawkwind and he went on to form Motorhead. The band recorded three Hawkwind covers on their debut album, opening with “Motorhead,” the last song he had written for Hawkwind. The term was slang for users of amphetamines, a drug for which he had an increasing fondness.

After 23 Motorhead albums in 38 years, the rock world lost its God when Lemmy passed away yesterday (Dec. 28) after battling a host of health issues over the last two years. An official statement from Motorhead stated the legend had a short battle with an aggressive cancer he had learned of only two days prior to his passing.

Musicians around the world have paid their respects to one of rock’s greatest icons, including Ozzy Osbourne, Nikki Sixx, Philip Anselmo and dozens more.