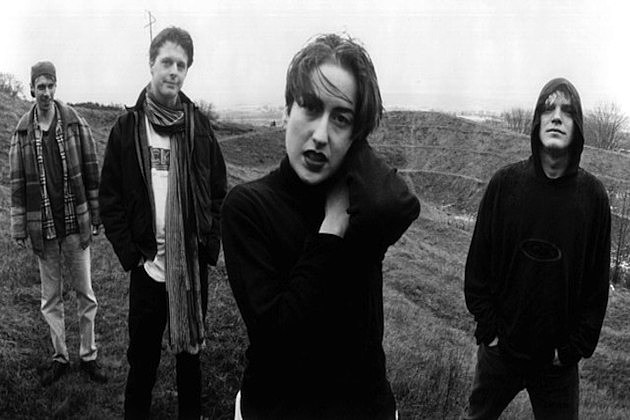 There’s sad news to report as James Atkins (seen far right in photo above), bassist for ’90s hard rockers Hammerbox, has passed away at the age of 49. According to Pitchfork, Atkins died Saturday (Feb. 27) after suffering from esophageal cancer.

Hammerbox formed in Seattle around 1989 and released their first album, a self-titled LP, via C/Z Records. The disc garnered the band attention from major labels and they signed to A&M for 1993’s Numb disc. However, the disc did not sell well and the band were dropped not long after. Atkins left the group in early 1994, with his bandmates falling out not long after. In addition to Hammerbox, Atkins played with Seattle bands Anodyne and Softy.

The group eventually did reunite in 20014 and a concert album from their Live EMP Skychurch show in Seattle was released in 2005. Last December, the band reunited again to play a benefit for Atkins after his cancer diagnosis.

Atkins reportedly passed surrounded by his friends and favorite music. Hammerbox Carrie Akre stated, “James deeply loved his rock ‘n’ roll and adored his Pacific Northwest friends. He moved back over a year ago and to him, he was coming home. We are privileged to have known and played music with him.”