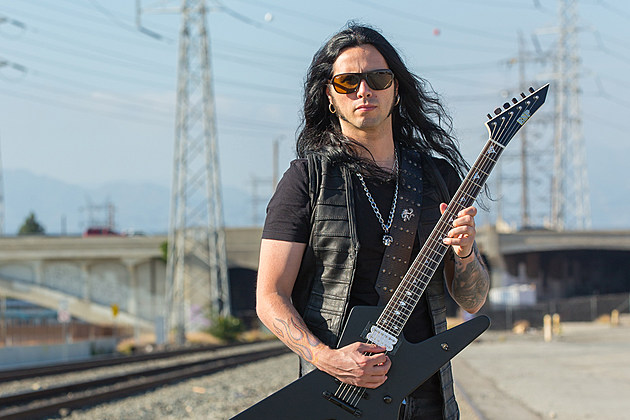 Guitar icon Gus G. will be giving his dedicated followers in North America something they’ve been waiting for for a long time — a tour! The six-stringer has hit the stage with many notable acts over the years while maintaining his power metal outfit Firewind. He joined Ozzy Osbourne‘s band in 2009 and has played some of his biggest shows since, but now Gus G. will be embarking on a small run of dates to promote his latest solo effort, Brand New Revolution.

The record is the third under the Gus G. moniker, but the debut — entirely instrumental — is considered a different entity than the last two albums, which both feature guest singers. “I’m very excited to play my first U.S. and Canada shows in support of my new album Brand New Revolution,” the axeman exclaimed, adding, “I purposely decided to do select, VERY exclusive and intimate shows for my die-hard followers. I know it’s been long overdue and I hope to see you all there for some loud, hot and sweaty rocking nights.”

As for what fans can expect from the setlist, Gus said, “I will be playing mainly material from my two solo albums, but there will be some classic Firewind, Ozzy and Black Sabbath songs sprinkled into the set as well. These shows are not to be missed.”

Firewind was formed in 1998 when the guitarist was enrolled in Berklee College of Music in Massachusetts. He was an in-demand guitarist, releasing albums not only with Firewind, but Nightrage and Mystic Prophecy as well, churning out 11 studio albums between 2001 and 2005. Osbourne’s management contacted Gus in 2009 asking him to audition and was then asked to join the band for a performance in the coming months. He has to