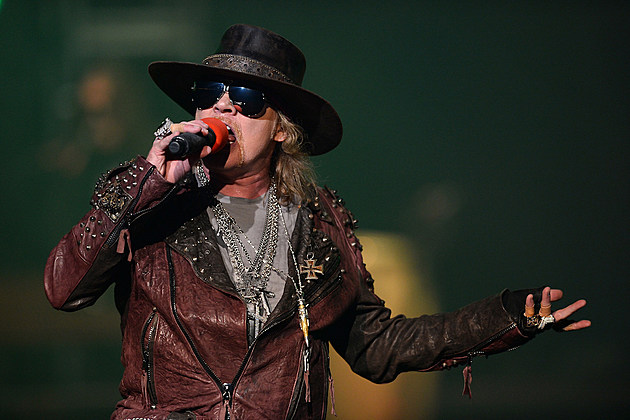 The frenzy continues to build for Guns N’ Roses. After announcing that Slash and Duff McKagan would be joining Axl Rose in Guns N’ Roses for dates this spring, fans have been anxiously awaiting to see where and when the band would play. You can now add another date to the schedule as GN’R will be traveling south of the U.S. border for a show in Mexico City, Mexico.

The show will take place at the Foro Sol in Mexico City on April 19, with a pre-sale set to start at 11AM local time on Feb. 8, wrapping up on Feb. 9 at 10PM. The general on sale date will follow on Feb. 10 at 11AM through Ticketmaster. Members of Nightrain, the official Guns N’ Roses fan club will be notified in advance to pre-order tickets for the pre-sale. Watch a trailer for the show posted below.

So far, only a handful of shows have been announced. In addition to the Mexico City show, Guns N’ Roses will headline both Saturdays (April 16 and 23) of Coachella in Indio, Calif., and they’ve also been booked for a two-night stand at Las Vegas’ T-Mobile Arena April 8 and 9.

The Guns N’ Roses lineup aside from Axl, Slash and Duff has not been revealed. However, it has been heavily rumored that guitarist Richard Fortus, keyboardist Dizzy Reed, drummer Frank Ferrer and multi-instrumentalist Chris Pitman will be involved.