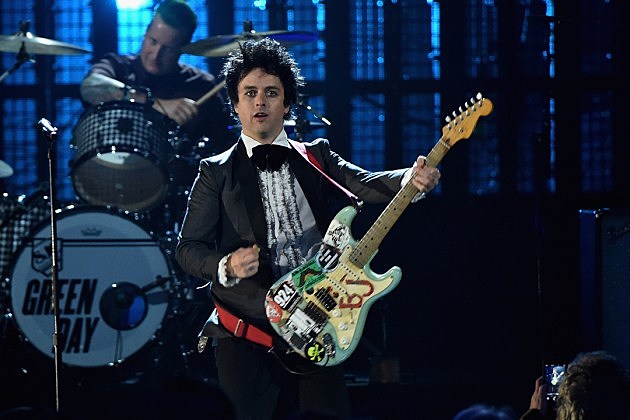 It’s been this way for years. Gone are the days when cutting edge and unpredictable rock acts were given airtime on MTV awards shows. Remember when Faith No More rocked “Epic” in 1990 or when Nirvana further cemented their legacy as the most impactful act of the ’90s with a classic jam of “Lithium”? Hell, they even played a few bars of “Rape Me” to mess with the MTV crew. Green Day‘s Billie Joe Armstrong emerged onto the scene soon after these acts, performing at various MTV awards shows throughout his career, and he’s unhappy with what he saw at the 2015 MTV VMAs.

Sure, the musical landscape has drastically changed in the past 20 years. Pop and hip-hop dominate radio, but in a world where Disturbed just landed their fifth straight No. 1 album and bands like Iron Maiden and Slipknot still sell out arenas, can’t there be some hard rock featured or support of up-and-coming rock acts? In a nutshell, Billie Joe Armstrong was disappointed to see the lack of rock featured in this year’s VMAs, as he expressed with two tweets on Aug. 30:

As for this year’s Best Rock Video award, it was given to Fall Out Boy for “Uma Thurman.” Twenty One Pilots also performed “heavydirtysoul” at the show, but just one listen shows hardly any rock edge to be found.

Do you agree with Billie Joe? Should rock be prominently featured at the VMAs or does it not even matter? Sound off in the comments section below.