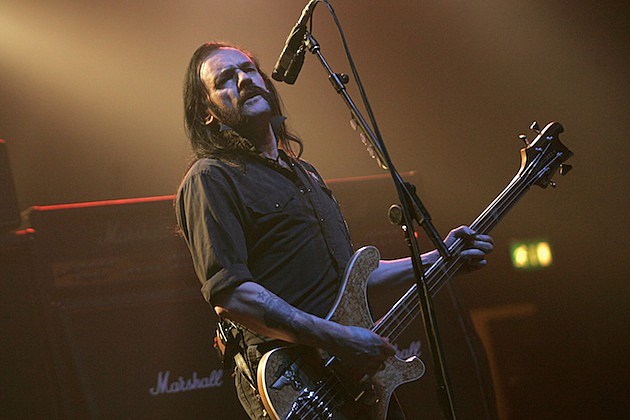 The National Academy of Recording Arts and Sciences, the governing body of the Grammy Awards, has sent out a press release honoring the musical achievements of Motorhead‘s Lemmy Kilmister.

Countless tributes to Lemmy Kilmister have already been paid, hundreds from other bands, musicians and other contemporaries of Motorhead. Many institutions and organizations have also contributed to the pool, now including the Recording Academy.

Grammy winner Lemmy Kilmister was a remarkable frontman and bona fide heavy metal icon. A founding member of the legendary group Motörhead, Lemmy’s raw, powerful vocals, paired with his innovative bass playing and songwriting skills, made him one of the most prominent figures in rock and roll. His magnetic stage presence and willingness to break barriers propelled the metal genre to new heights, influencing countless fellow musicians in the process. We have lost a truly dynamic member of the music community and our sincerest condolences go out to Lemmy’s family, friends, collaborators and all who have been impacted by his work.

Motorhead won the Best Metal Performance Grammy in 2005 for the track “Whiplash.” The band beat out Cradle of Filth‘s “Nymphetamine,” Hatebreed‘s “Live for This,” Killswitch Engage‘s “The End of Heartache” and Slipknot‘s “Vermillion.” Motorhead were nominated once again in 2015 for “Heartbreaker,” but lost out to Tenacious D‘s “The Last in Line.”