The German distributor for Hammerheart Records (it’s better not to mention any names) has taken the decision to not offer the new album by The Monolith Deathcult for retail. They expect troubles… Troubles based on the concept of “Versus 1” which deals on Occultism & the Nazis, but obviously without any glorification or sympathy, but only as the main theme of a musical work, as a form of art. To boycott or avoid certain forms of art is exactly what the Nazi’s did… enough saidfrom our side…

This is what The Monolith Deathcult has to say about this:

‘I have some Spanish blood in my veins so they call me The Moor’, slammed Frank his current bandmates from his holiday resort at Prora Beach. ‘As a descendant of the Caliphs of the Banu Marwan I know how it feels to get offended by the vile use of symbols. I support the German Distributors and shopkeepers on this case. Together we can tame the beast. Wir schaffen das!’

Carsten commented: ‘Since I left the flock in 2008 I lost all input, but if it was on me the main theme would be “The Vegan History of the Third Reich” instead of this nonsense’

‘It is a good thing’, weighs in Robin via Skype. ‘We are now in the same league as our childhood heroes Cannibal Corpse, who are very famous in Germany for not playing songs. We’re sure we can defeat them in popularity by not selling and performing in Germany, because the more songs we don’t sell and play, the more famous we become; so we can spend all the time and money not playing or selling in Germany on new songs we won’t sell or play in Germany. Soon we’ll be not selling or playing in Germany more than anyone else!’. 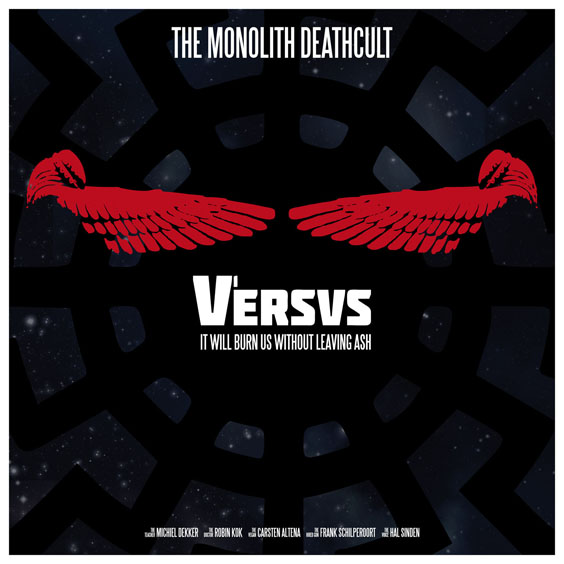 Extreme progressive Metal that hits you like a secret Weapon with massive impact.