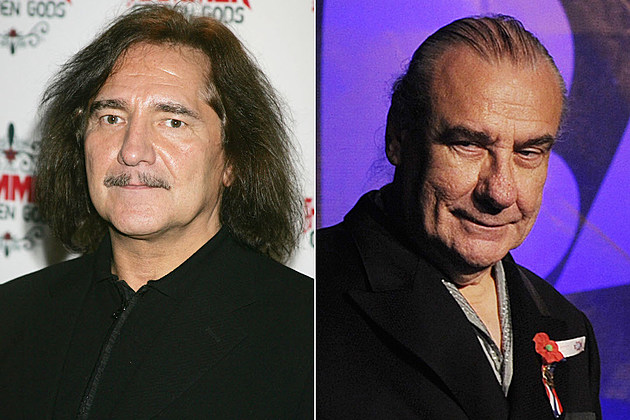 The ongoing saga between Black Sabbath and estranged drummer Bill Ward continues. Fans have been watching the volleying comments between various members of the band and Ward over the last five years and with the farewell tour underway, anticipation is still high that both sides will mend fences. After initially stating Ward had no interest in performing Sabbath’s final show, Geezer Butler has retracted his statement and extended an apology to his former bandmate.

The catalyst for the exchange came when the bassist discussed the possibility of Ward rejoining for the last show, saying, “It’s been mentioned to him, but he doesn’t want to do it. He wants to do the whole tour or nothing. We’d love him to come on at the very last gig and be part of the whole thing, but he didn’t want to do that.” Ward shot back commenting the last time he had any conversation with the band was when his management reached out before the tour began and the Sabbath camp insisted there was no interest in letting the drummer re-enter the fold. In a clear miscommunication, Butler tweeted the following:

The two sides have a notable history of releasing polar opposite statements since the reformation from Ward’s potential involvement to the possibility of a follow-up to Sabbath’s latest record, 13. Drummer Tommy Clufetos was enlisted for live services as the band cited Ward’s inability to complete a tour due to his health.

The original drummer has vehemently denied these allegations time and time again, most recently releasing a statement in response to Butler’s aforementioned false claim. He commented, “I will say that I wouldn’t want to play only one gig when I am completely capable of touring. I would not validate their untrue statements about my health by playing only one gig. Also, I wouldn’t want to show up for only some of our fans and not for all our fans when I could have played multiple shows.“

Butler also clarified a statement Tony Iommi made concerning a new Sabbath album. Iommi discussed a window where the band could have recorded new material, but Geezer had no interest. Clearing the air, the bass legend said, “I was just being logical. At the time, we were given six months to write and record an album and I said, ‘There’s absolutely no way we can do it in six months.’”

Black Sabbath are in the infancy of “The End” world tour and a list of North American tour dates can be found at our 2016 Guide to Rock + Metal Tours.