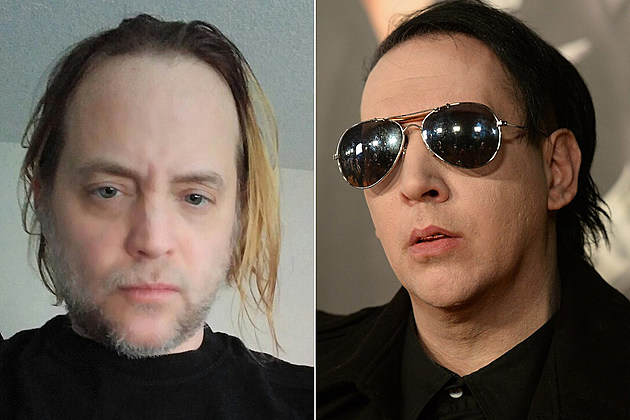 The rock world has lost a wealth of iconic musicians in the last two months and musicians and fans around the world have shown undying support as they keep the flame of these legacies lit. Stephen Bier, who played keyboards in Marilyn Manson‘s band from 1990-2007 under the stage name Madonna Wayne Gacy, has weighed in on the deaths of these idols and wishes his former bandmate was one of the names on that list.

Bier expressed his thoughts on his ever-busy Facebook page, stating, “I am genuinely amazed at how many prominent entertainers and musicians have kicked-off in the last 30 days… too bad Brian Warner [Marilyn Manson’s real name] isn’t one of them.” Fans have responded to his comments, leading Bier to comment back. Engaged in a back and forth with fans, his posts included the following:

The best thing he can do to preserve his legacy, is put a bullet in his head and prove his integrity.

I can’t wait to do: the electric Boogaloo, the Texas two step, the waltz, and an Irish jig on his grave.

Maybe this is the end times, and it is a really slow rapture starting with musicians?

Apparently, the old cliche that “only the good die young” is truth.

Presently, he is unintentionally… slowly… committing suicide one pill at a time.

He has been wanting to die for years now, absorbed in a ball of self delusion.

The bad blood between Bier and Manson started when Bier filed a lawsuit against the frontman for unpaid “partnership proceeds” in 2007. The keyboard player slammed Manson citing the money was spent on “sick and disturbing purchases of Nazi memorabilia and taxidermy (including the skeleton of a young Chinese girl).” The two parties reached a settlement, but the resentment is still clearly running high.