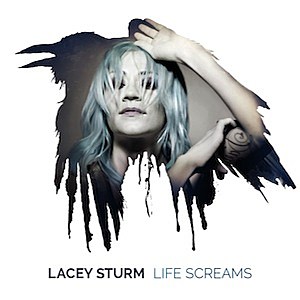 Lacey remained relatively quiet after leaving Flyleaf in 2012 right before the band’s New Horizons album was released. Since her departure, she wrote her autobiography, The Reason, and focused on being a mother. Motherhood was one of the main reasons Sturm chose to step down from Flyleaf. The death of Flyleaf sound engineer Rich Caldwell forced Lacey to look at her life differently and ask herself, “If this was the last year I had with my son, how would I spend it?” Thus, she said goodbye after 10 years of touring.

“In the beginning, Flyleaf really centered around my story and vision,” says Lacey. “This new project continues that narrative in a cohesive way.”