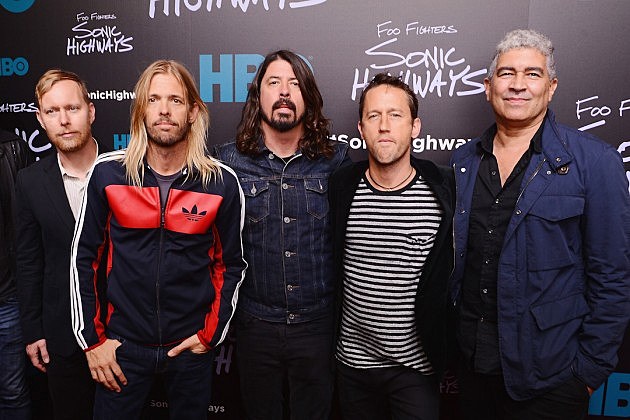 Stephen Lovekin, Getty ImagesThe Emmy Awards won’t take place until Sept. 20, but as is tradition the Creative Arts Emmys were given out Saturday night (Sept. 12) for some of the more technical categories. During this portion of the annual Emmy ceremony, Foo Fighters added two more trophies to their awards mantle.

The Sonic Highways series documented the band’s recording of their album of the same name, but also explored the concept of the album which found the band recording in some of the greatest music scenes in America and exploring the history of how each city’s music scene came to be. Along the way, the band both interviewed and collaborated with musicians key to each city’s scene and used what they learned in helping to create the lyrical content of songs on their album.

Back in June, Dave Grohl confirmed that there would be a second season of Sonic Highways, but added that the idea was still being sorted out. “It might or might not be international. It might someday be international. It might be England or it might be England and other places or maybe it’s places in America and people in other countries that are inspired by these places in America. The great thing about the idea, the concept of the project is that it can be anywhere because every city has some sort of musical history,” Grohl explained to NME.

Foo Fighters are still in the process of promoting the Sonic Highways album. See their remaining 2015 tour dates here.

Foo Fighters + Royal Blood Pay Homage to Each Other in Edinburgh