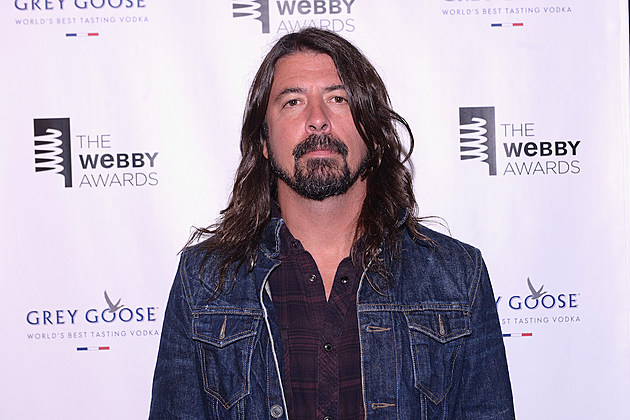 Parents rejoice! Sitting down to watch an episode of The Muppets on Dec. 1 will undoubtedly see beaming smiles from children and an emphatic fist raise from rock fan parents with an exclaimed, “Oh yeah!” because Foo Fighters frontman Dave Grohl will be making an appearance on the historic program.

Grohl will be joining actor and producer Joseph Gordon-Levitt as they both will be featured. Gordon-Levitt will be playing poker with some of the boys and Grohl will be challenging Animal to a drum-off. He might have the edge here as he already has a history of playing ‘Animool’ in the Muppets spoof band the Moopets from the 2011 film The Muppets. Revisit that footage in the video below.

The show has a long history of guest musicians, including Alice Cooper, Dizzy Gillespie, Buddy Rich, Paul Simon and many more. Grohl will be one of the rare full-fledged rock musicians to make an appearance on the show, with the most daring so far being Alice Cooper in 1978.

This isn’t the first time he has appeared in an on-screen rock-off, being featured as the Beelzeboss in Tenacious D in the Pick of Destiny, competing against Kyle and J.B. in a bet for Kyle’s soul or paying for the band’s rent. Sitting behind a massive kit complete with three kick drums, Grohl hammers away in the battle, showcased in the Tenacious D song, “The Showdown.”

Grohl lost another musical competition early in his career, which does not bode well for him coming Dec. 1. Back in high school, his band lost a Battle of the Bands competition and he invited one of the men who defeated him onstage back in October.

The Muppets airs Tuesdays at 8PM on ABC.