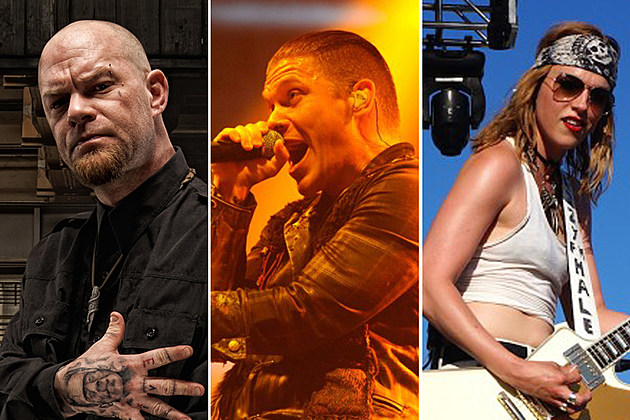 SLP Concerts and GameLoud — the event organizers who have brought music fans such events as Bamboozle, the Skate and Surf Festival and the Food Truck and Rock Carnival — have revealed their latest music festival event, the Rock’n Derby.

The inaugural year of the music weekend will take place May 20-22 at the Schaghticoke Fairgrounds in Schaghticoke, N.Y., just minutes outside of Albany. Five Finger Death Punch, Shinedown and Halestorm will lead the way, while Megadeth, Sixx: A.M., Lamb of God, Clutch, Anthrax, Ghost, Wolfmother and Sevendust are also among the top acts performing.

Music fans can also look for sets from Trivium, Pop Evil, Memphis May Fire, We Came as Romans, Scott Stapp, Thy Art Is Murder, Currents, Wild Throne, and Dokken. More bands will be announced as the music weekend nears. Plus, there are expected to be pre-parties and after-parties that will include tributes to some well-known acts.

You’ll also find Game Changer Wrestling for additional entertainment, there will be camping opportunities and food vendors will be on hand 24/7 at the Village of Barns and Brews. Tickets are currently available via Ticketmaster, with options for VIP packages and camping. For full festival details, check out the Rock’n Derby website.

Check out our 2016 Guide to Rock + Metal Tours to see what’s coming up in the New Year. 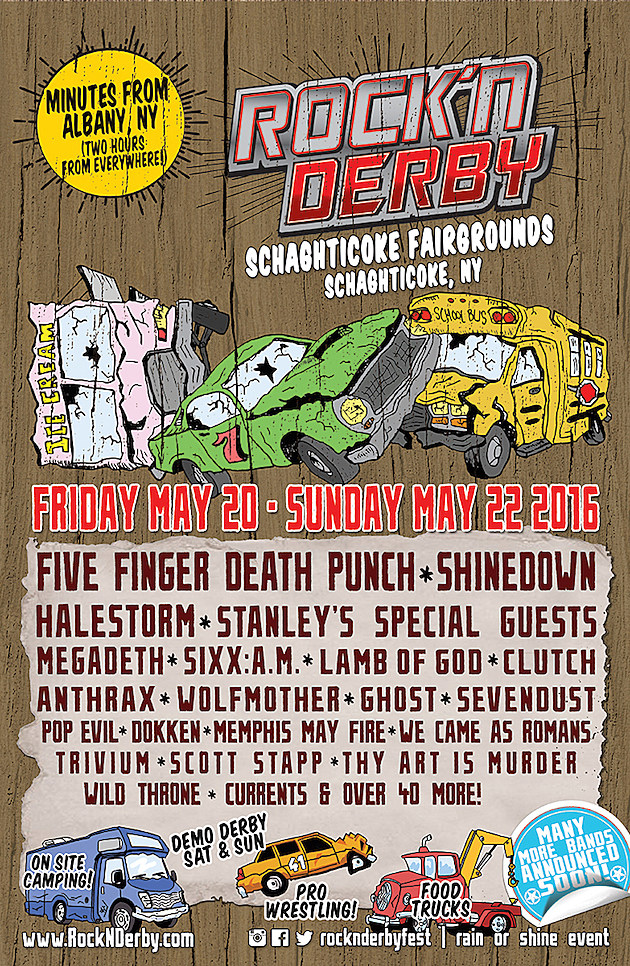 See the Birthdays of Brent Smith and Other Rockers