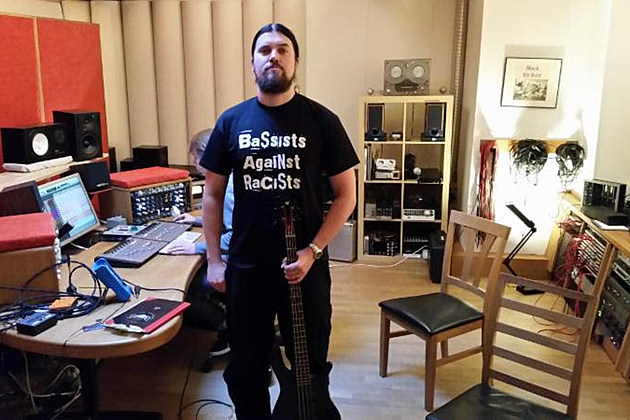 Rock on! Entombed A.D. will be back with a new album next year, having just announced that the band’s Dead Dawn disc is on schedule for a Feb. 26 street date via Century Media Records.

Even better news is that fans may not have to wait that long for new music. The group is eyeing a mid-December release for the first single off the album, which will officially kick off support for the upcoming disc.

Guitarist and co-producer Nico Elgstrand says, “After festering an eon inside the belly of the beast, it finally disposed of us. I’m not gonna tell you out of which orifice we were spawned, but I will tell you it was demeaning in the true sense of the word. From this horrible experience came the urge to express ourselves through sound and so we did. Now, it’s done and we can only look proudly back on what we have created: a damn sinister sounding record. You might not be able to comprehend it, but you won’t be able to deny it either!”

Fans of Entombed A.D. can look for the band on tour in 2016 as well. They’ll be joining Behemoth, Abbath and Inquisitor for dates in late January and February, and they’ve also started booking appearances at a number of Euro festivals in the spring and summer.

Bassist Victor Brandt says, “We are really looking forward to get out of the studio and hit the road with our friends in Behemoth, Abbath, and Inquisition. It’s a really cool package, every band is bringing their A game and I can promise you that you do not want to miss this. There’s gonna be a few surprises on the setlist and we’re hitting the stage as a five-piece. See you in the pit and/or at the bar! Cheers!” See all of the band’s tour dates here.

Did You Know These 100 Metal Facts?

Get News on Other Rock + Metal New Album Releases