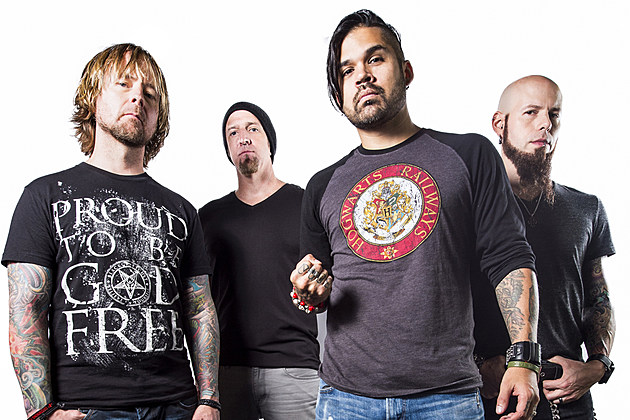 Drowning Pool are under a month away from the release of their latest studio album, Hellelujah and they’ve got another track to share. The song “Hell to Pay” has just arrived and shows great promise.

As you can hear in the player below, the track starts with aggressively jutting guitars before digging into some sludgy Alice in Chains-esque type harmonies. The rich rasp of vocalist Jasen Moreno perfectly portrays the dark emotion of the track.

“Hell to Pay” follows on the heels of the band’s lead single “By the Blood,” a track that is still on the ascent up the Active Rock charts. Look for the Hellelujah album arriving in stores on Feb. 5 via Entertainment One Music. The disc is currently available to pre-order via Amazon and iTunes.

Listen to Drowning Pool’s ‘By the Blood’