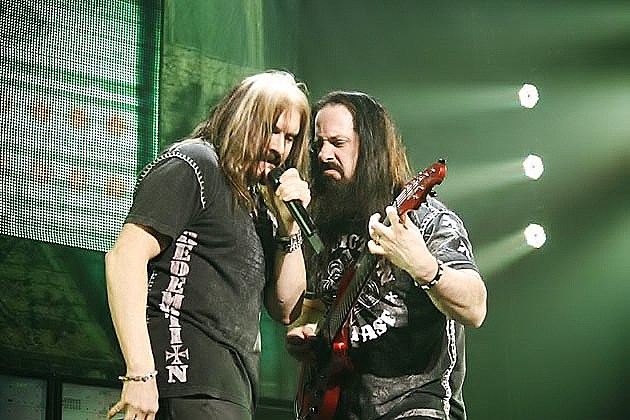 Progressive metal luminaries Dream Theater couldn’t be more excited for the release of their double-album The Astonishing. Consisting of 34 tracks across two acts, your stereo and headphones won’t be the only to experience the ambitious concept album. Like their European tour, the band will be performing their new disc on tour in North America as well.

The 16-city trek will kick off in Quebec on April 14, working half way down the East Coast before heading west, closing things out in Seattle on May 11.

Slowly releasing more details about the album, the group dedicated an entire webpage to the rock opera. At the time of the tour announcement, five of the story’s eight characters have been revealed: Gabriel, Emperor Nafaryus, Arhys, Empress Arabelle and Evangeline. The site also features a map, most of which has been filled in. Dream Theater also released one of the 34 songs, “The Gift of Music,” at the beginning of the month.

Speaking with Rolling Stone, guitarist John Petrucci discussed the touring plans, “Dream Theater has been touring forever; we’ve played the different stadiums and arenas, ice halls, gymnasiums and whatever. We wanted to make this different — we wanted to make this special. And so as long as people know that going into it, I don’t think anybody is going to show up in a Dream Theater shirt, saying, ‘Why didn’t they play “Pull Me Under?”‘ They’re going to totally understand what we’re doing.”

The Astonishing will be out Jan. 29, 2016 on Roadrunner and can be pre-ordered here.