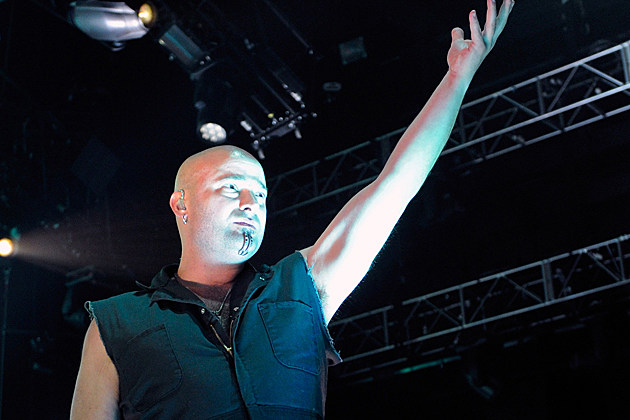 Although Disturbed vocalist David Draiman recently told us he “hates all politicians equally” (see video below), he’s shifted through the hate and come out with one candidate to throw his support behind: Bernie Sanders.

Since Draiman shut down his Twitter account not too long go, we’ve been relatively deprived of the musician’s thoughts on the world around him. Thankfully, the dude’s still on Facebook, and if you’re one of his select group of friends on the social networking site, you were treated to a long post on the upcoming presidential election:

Well… Since it seems like the majority of the Republican voting base has fallen for Trump’s fear mongering, bigoted, racist, lunacy, and since no other Republican candidate (including mildly delusional Ben Carson) seems to have a chance against him, whether he goes independent or not… and since Hillary is hellspawn incarnate (best friend of the ‪terrorist-supporting Qataris, and just basically Obama part II), I feel that I have no choice (even though I wish he were stronger on Israel, and has plans for a social welfare state that could very well bankrupt our country; I guess I’d rather be financially bankrupt, then morally bankrupt) but to throw my support behind the venerable Bernie Sanders (much to the chagrin of my conservative/Republican friends, I’m sure). I just hope he remembers who he is and where he comes from (a Jew) and that he does whatever he can to protect both the American people and the State of Israel. He’ll need a miracle…but who knows? The world is crazy enough these days that he just might get one.

You can still tell Draiman is no fan of politics, like he told us in the exclusive video below. “If anybody has any delusions of grandeur that anything is really going to change from one president to the next, you’re fooling yourself,” Draiman said. “Change has to come from within, change has to come from a much larger portion of society.”