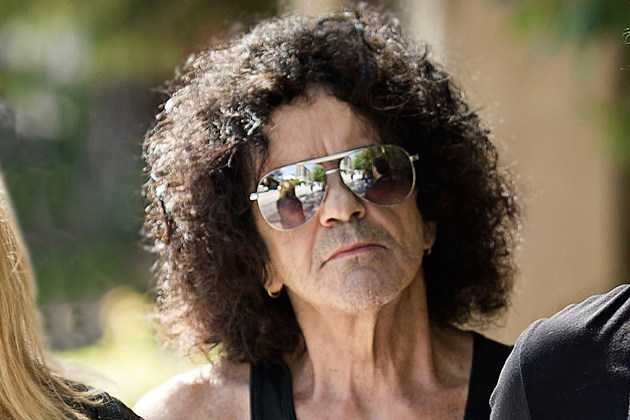 A cause of death has been revealed for Dio / Rainbow / Last in Line bassist Jimmy Bain. According to a post on Last in Line’s Facebook page written by drummer Vinny Appice, Bain passed away from lung cancer.

Last in Line were on Def Leppard‘s ‘Hysteria on the High Seas’ cruise when Bain passed away. The band had already performed a set as part of the five-day event prior to Bain’s sudden death. There had been speculation that drugs or alcohol played a part in Jimmy Bain’s death, the bassist having struggled with some demons in the past. Bain wasn’t even aware he had lung cancer, instead being treated for pneumonia during his final days.

Vinny Appice posted this statement on Last in Line’s Facebook:

Jimmy Bain – friend, brother and band mate passed away on Saturday January 23, 2016.
The Medical Examiner report states the official cause of death was lung cancer.
Jimmy didn’t know he had lung cancer, but he did know he had pneumonia and was receiving treatment for it. This didn’t stop him or slow him down, we had four rehearsals 4 hours a day, then a flight to Miami for The Def Leppard Rock Cruise. A pre-sail gig and sound check was scheduled for the following day. At the gig Jimmy played great and even sang that night while holding a heavy bass guitar on his back, never complaining or asking for help.
Next day we preceded [sic] to board the cruise ship for a 5 day voyage of which we were scheduled to play Sunday the 4th day. That gig never happened as Jimmy passed away in his cabin the night before, we were devastated.
Jimmy was a trooper, he gave his all to the band he loved, the music he loved and the fans. He didn’t want to let anyone down. I don’t know anyone that would have attempted this schedule while being this sick and not feeling well, a trooper.
He was so happy and proud of the new album we recorded, it so unfortunate and sad he didn’t live to see it released. We were all looking forward to being on the road and playing together again, there was such a magic between us.
Our prayers go out to his family and so many friends and fans who will miss the amazing person that was Jimmy Bain.
Vinny

Last in Line will still release their debut album, Heavy Crown, on Feb. 19 via Frontiers Music. Just two days after Bain’s death, Last in Line premiered the new song “Blame it on Me,” which you can listen to here.