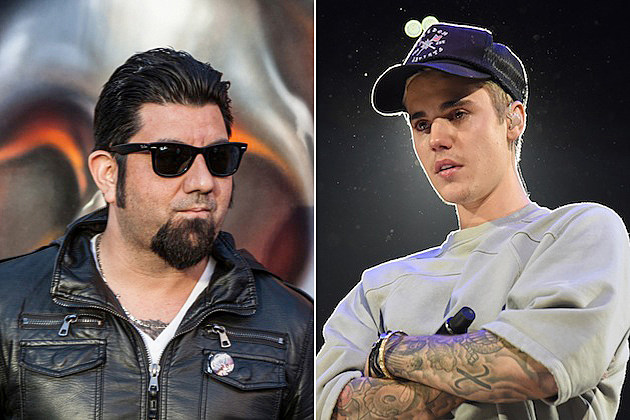 Can you Belieb it!? Chino Moreno has shocked Deftones fans around the world, admitting he’s a ‘Belieber’ and confessing to having the polarizing pop artist Justin Bieber on his iPod. While some might consider this heresy in the rock and metal world, the singer explained himself and refused to back down!

When speaking with Kerrang! magazine, the dynamic frontman was asked what song people would not expect to find on his iPod and the answer he gave was certainly unexpected. He responded with “What Do You Mean?” which is the latest from the young pop sensation. Defending himself, Moreno stated, “I actually downloaded this song just yesterday. I had to; it’s completely unavoidable! It comes on in the car every time I get in it. And you know what? I like it! I really do! I don’t know how surprised people will be about that. I think people who know me know that I listen to a lot of corny s–t! I’ve got no problem with it, so I’ll just keep on enjoying this one.”

Everyone has their guilty pleasures and considering Moreno’s résumé, he has earned a pass on this one. Earlier this year, Bieber was spotted wearing an Iron Maiden shirt and he was even recorded goofing around, mouthing guitar lines from Metallica‘s “Fade to Black” in 2013.

Moreno isn’t the first heavy metal figure to gush about his adoration for some pop music. Rob Halford of Judas Priest not only likes Lady Gaga, but has collaborating with the singer on his bucket list.