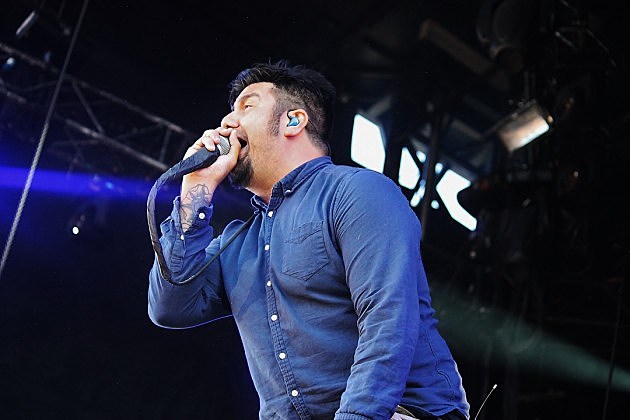 The fall is starting to stack up with solid hard rocking releases and you can count the new Deftones album among them. The band has been working on a new disc for some time now and while fall was always the desired time for release, singer Chino Moreno has narrowed down the timeline a little for anxious fans.

Speaking with WSOU, Moreno stated, “I think October or November, probably November.” He added, “As of today, we are rushing to get our thank you’s and credits turned in. Once the music is turned in, which should be in the next couple of weeks, there is still some mixing and mastering to be done. But the recording are all done. The songs are all there. They are awesome and we’re excited about it.” Moreno would later offer up a tentative Nov. 20 street date, but added that it wasn’t an absolute as of yet.

Offering addition insight into the disc, the vocalist revealed, “One thing this record that’s really cool sonically, our bass play is playing a 6-sting bass which is closer to a baritone guitar. So how his frequency works with my guitar frequency and Stef guitar frequency it molded a different sound, a different area of sonics that is new for us.”

Deftones have been spending time on the road with Incubus and will wrap up their summer North American tour on Aug. 30 in San Diego. After that, the band will enjoy a breather for a few weeks until they head off to Rock in Rio in Brazil on Sept. 24, kicking off a brief South American trek. Look for the next North American run to begin Oct. 25 at the Aftershock Festival in Sacramento. To see all their dates, click here.