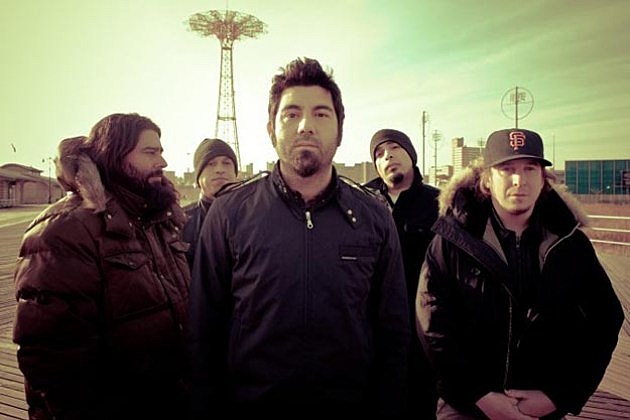 The world is still reeling from the Nov. 13 terrorist attacks on Paris. One of the greatest tragedies in music history took place at Le Bataclan, where 89 concertgoers were murdered and many others injured during an Eagles of Death Metal show. Various members of Deftones were also at the venue that night, reportedly leaving minutes before the attack.

Deftones were also scheduled to perform three nights at Le Bataclan following Eagles of Death Metal’s headlining gig. Those shows were obviously canceled, but the band has also announced that they’ve canceled their remaining European shows, which consisted of two performances in Germany and one in London. In the wake of the attacks, after being in lockdown in Paris, Deftones have chosen to head home to be with their loved ones, as they describe in a statement posted via Facebook:

Hello all-Much has been said, as well as seen, on every media outlet about the events in Paris. Some of us were in…

The day of the attacks, Deftones frontman Chino Moreno called CBS13 in Sacramento, Calif., to ensure the band’s safety. “Yeah, we’re safe,” Chino said. “We weren’t scheduled to play at the Bataclan until tomorrow night. A couple of band members, they went to the concert, but they left early—after the first few songs they ended up leaving the venue. They got out of there and all of our band and crew are safe and accounted for at the hotel now. So, we are just here, we’re pretty much on lockdown. They told everybody pretty much to stay indoors and don’t go out, because they’re still—everything is still unfolding as we speak.”

The world continues to offer overwhelming support to France as the country recovers from this tragedy.