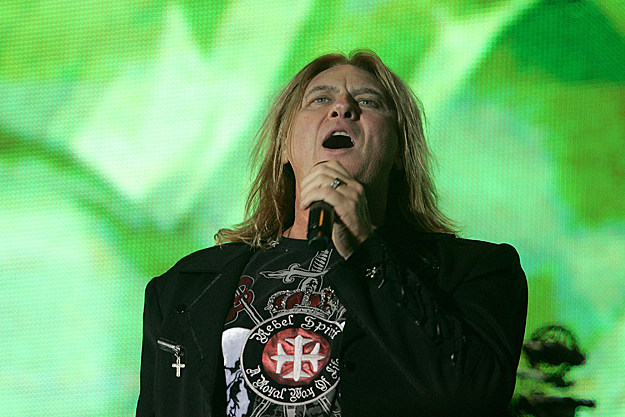 Last fall, Def Leppard announced a January/February tour, but they had to pull the plug after doctors told vocalist Joe Elliott he had to rest his voice. All the band’s scheduled concerts from Feb. 2 through Feb. 17 were postponed.

According to guitarist Vivian Campbell, the singer went to a specialist who advised Elliott to shut it down for a while. “They put a camera in his throat to see what was going on,” Campbell says. “And of the two vocal cords, one wasn’t moving at all. So this specialist that he saw on Saturday [Jan. 30] told Joe that if he didn’t stop singing immediately for a couple of months, he would do irreparable damage in the long term.”

The good news is that the band has rescheduled some postponed dates for May. See the schedule below. They’ll play the Moonstone Festival on May 1 before resuming shows May 4 in Lafayette, La. and will wrap it up May 20 in Orlando, Fla.  Tickets purchased for the original shows will be honored at the rescheduled concerts. For ticket and VIP package info, go here.

Def Leppard’s latest studio album, a self-titled effort, was released last October and landed in the top 10 of the Billboard 200 album chart.