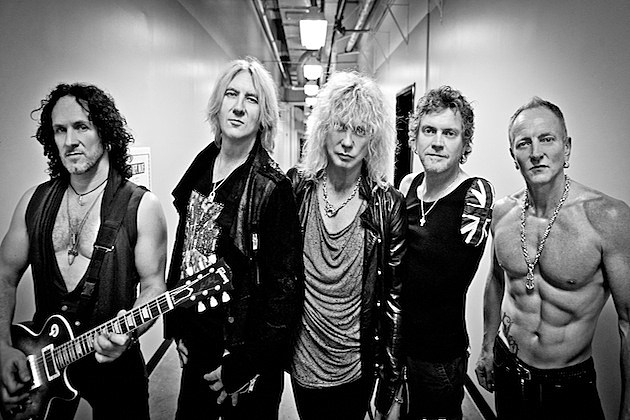 Def Leppard are kicking it into high gear with their eponymous new album due Oct. 30 and have just announced a run of U.S. tour dates with Styx and Tesla!

The tour will begin Jan. 27 in Greensboro, N.C. and come to a close Feb. 17 in Allentown, Pa., seeing the band stop at 13 cities in total. Def Leppard have already been touring the U.S. since the end of June with only a few days rest between some of the runs, which was clearly met with overwhelming success in light of the band’s new tour announcement.

The new album, Def Leppard, harkens back to the band’s glory days as they felt free to be themselves in the studio. Originally planned as time to just write songs and have fun with each other, the process evolved into something more. In an interview with Billboard, guitarist Phil Collen said, “We didn’t think we were doing an album. We were just doing songs. Every song was its own project.” Elaborating on this notion, he added, “It’s the freest, most liberating thing we’ve ever done. It’s the first time we’ve ever done an album where there weren’t any constraints. We didn’t have a record company or an executive at a label going, ‘OK, we need this, we need that’ or ‘OK, the concept of the album is gonna be blah, blah, blah…’”

Def Leppard are currently on the road will wrap thing up towards the end of December. The band will be hitting Japan, Australia, Singapore, Ireland and the United Kingdom. See a list of the dates on Def Leppard’s website.